This year’s KZ go-kart season culminated last weekend on the South Garda track in Lonato, Italy: on Friday, October 2, the FIA ​​KZ World Championship was officially launched here, along with the International Super Cup KZ2 and the Academy Trophy. Jakub Talaš, the factory driver of the MS KART Racing Team, also competed in the Super Cup with number 186 in the strong competition of 99 KZ2 drivers.

Although the start with the MS KART chassis in such a world class race was a premiere for Jakub Talas he really looked forward to try it. So, after many years thanks to our cooperation with this talented driver our racing team once again participated in the highest world-class KZ races.

“We left for Lonato in order to compare our strengths with the competition and gain valuable experience, not only from the driver’s point of view but also for the further development of the chassis,” says Jirka Kahuda, head of the MS KART racing team. Conditions were very harsh from the beginning, not only due to very changeable weather: Thursday’s free practice on dry and extreme grip of the track at the end of the day were replaced on Friday by 3 official test sessions on wet in very heavy rain. “The weather was unpredictable, but it provided equal conditions for everybody. Unfortunately, it was different with the technology, which in our case failed more times than we would ever have expected,” stated Jirka later.

In Friday’s first official practice Jakub set 5th time in the group, in the second practice he was 11th and in the third 9. In the afternoon the qualifying practices started and in the category KZ2, which was divided into 4 groups, there were so diverse weather conditions that each group went on a completely different track. Our last choice were slick tires. Nervousness increased to maximum level ​​when just before the start it started to rain… Nevertheless, the choice turned out to be right when the shower stopped at the end of the session and Jakub made the fastest time in  two of three timed sectors in the last measured lap on the drying track. In the last timed sector, however, he caught up with a driver in front of him and lost 6 tenths. In the end, the result was not bad: P7 in the group and P27 overall meant a start in qualification heats from 9th position.

In the warm-up on Saturday morning, Jakub set 2nd time and everything seemed to be fine. A bitter disappointment came soon when he had to stop the race driving on 8th position in round 3 of the 1st qualifying heat due to engine failure. The reason was seized lower con rod bearing. The second heat did not turn out well either: Jakub driving again on P8 had a collision with other driver on wet track and had to stop in lap 2 due to broken  radiator. Before the third qualifying heat, the track was still wet and the choice of the right tires proved to be crucial… Our choice of wet tires paid off: Jakub moved to P8 after start and graduallyfought his way to 3rd place. It was a great performance and a huge boost for the whole team. The last race on Saturday was the fourth qualification, already on dry track. Jakub finished on nice P9.

Sunday’s sunny weather did not disrupt the race this time and the last  qualifying heat in the morning was to decide on the final list of finalists. P7  in the morning warm-up did not raise the slightest doubt about the quality of the technique, but race is race and anything can happen: Jakub had a good start and moved forward to P7. Suddenly his kart lost power and it was clear that something was wrong. And it was. In the end, he had to stop in lap 7 again due to an engine failure: the reason this time was a cracked piston ring.

Huge disappointment and hopelessness were probably the first feelings Jakub and his mechanics experienced. The last little flame of hope for advancing to the final was extinguished and it was clear that game is over. The more sad was the fact that it could not be influenced in any way. It was just a lot of bad luck.

“The chassis worked really well and the driver did his best, Jakub can’t do it otherwise,” praises Jirka Kahuda their cooperation. “The track in Lonato is not easy and we no hours of practice driven here but I think we managed to set the kart for changeable conditions very well. I was also satisfied with the performance of the engines that Petr Machac was preparing for us, Jakub prooved to be really fast. The fact that the quality of engine parts will betray us twice was a bitter disappointment not only for us, but also for the entire team Machac Motors.”

“It’s a racing reality. Unfortunatelly, this is a part of motorsport as well… I would go into it again because it’s worth it, “says Kuba Talas sadly, but there is a glimmer of hope in his eyes for success in the next race.

Many thanks to the whole team of mechanics for a great job. Thanks all the  fans and other drivers and members of the MS KART team for their great support. 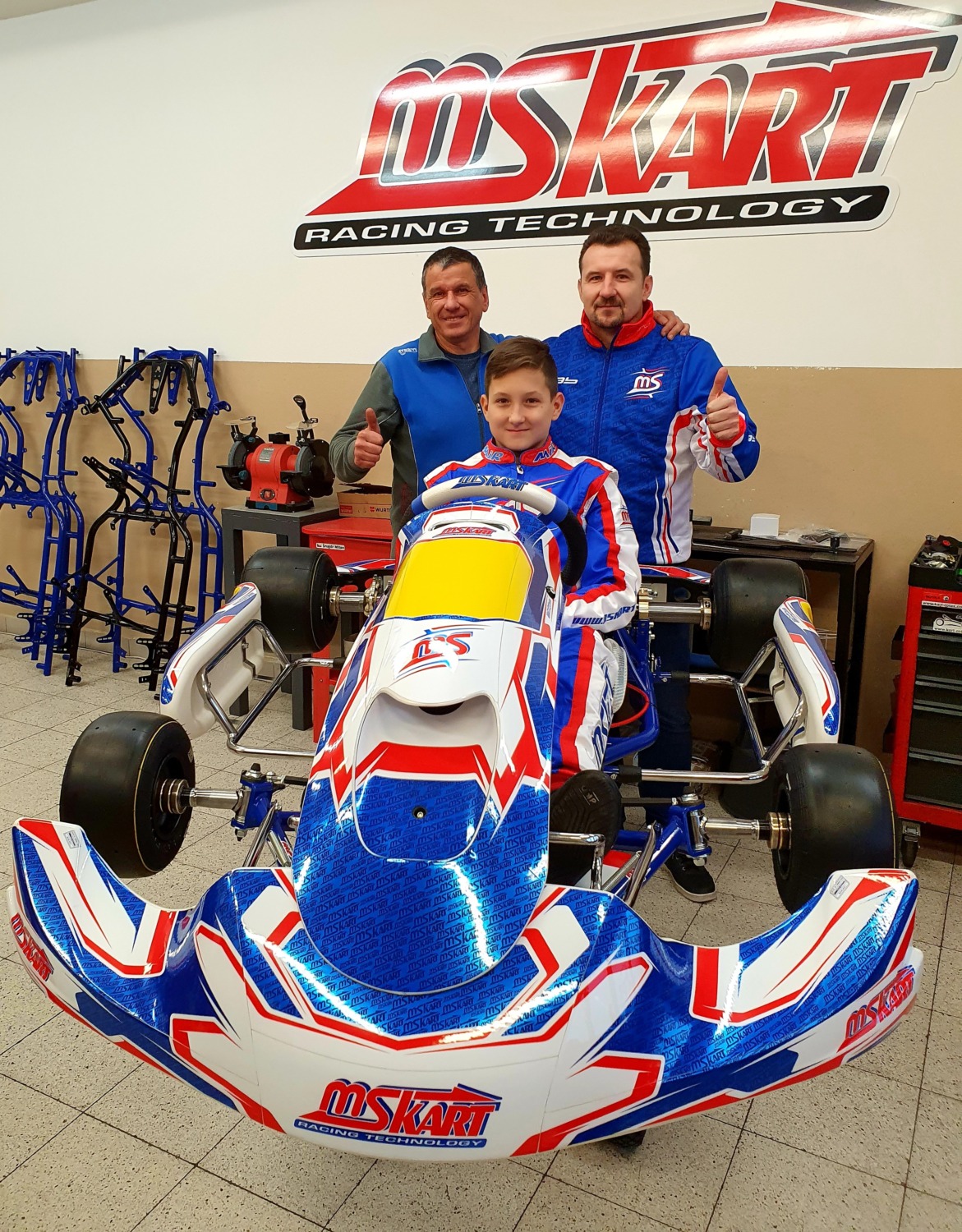 The 2022 season is full of new challenges and opportunities. One of them is the new MS Blue Phoenix chassis for little David Gorčica and 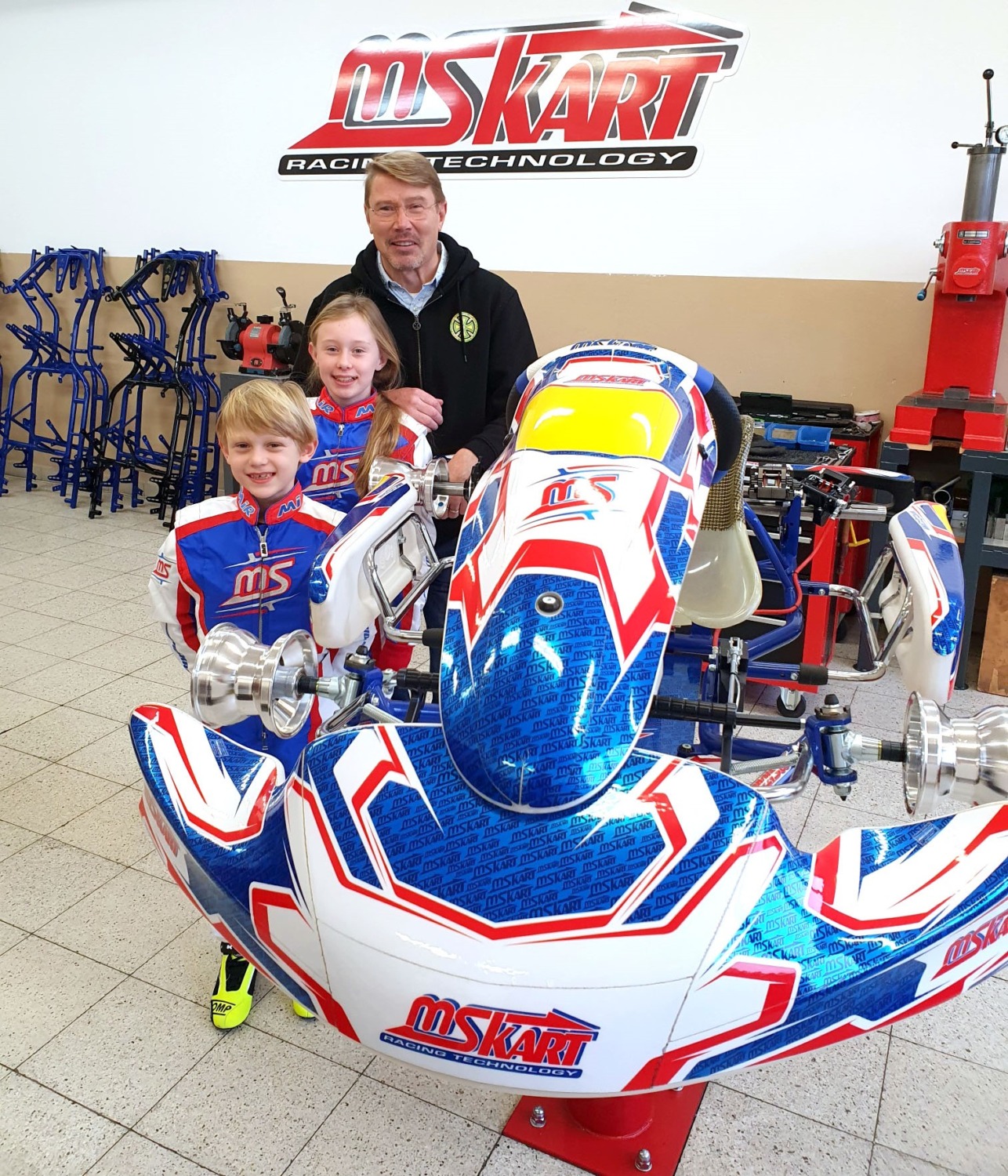 The double F1 World Champion Mika Häkkinen has chosen MS KART for the start of the racing career of his daughter Ella and son Dani!

Connor Lucas takes the Teesside championship with a clean sweep on a dry October day. With the announcement of controlled engines for the top 5 five championship 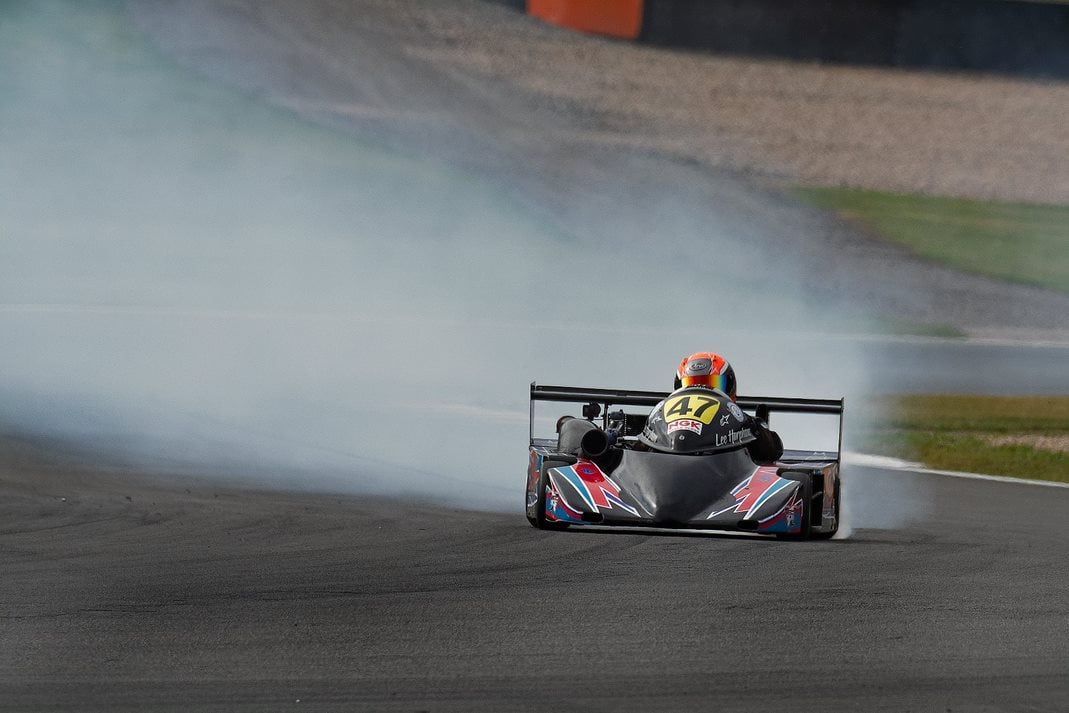 What a weekend for the final round of the British Superkart Racing Club championship at Donington Park! Qualifying didn’t go to plan and with a lot of 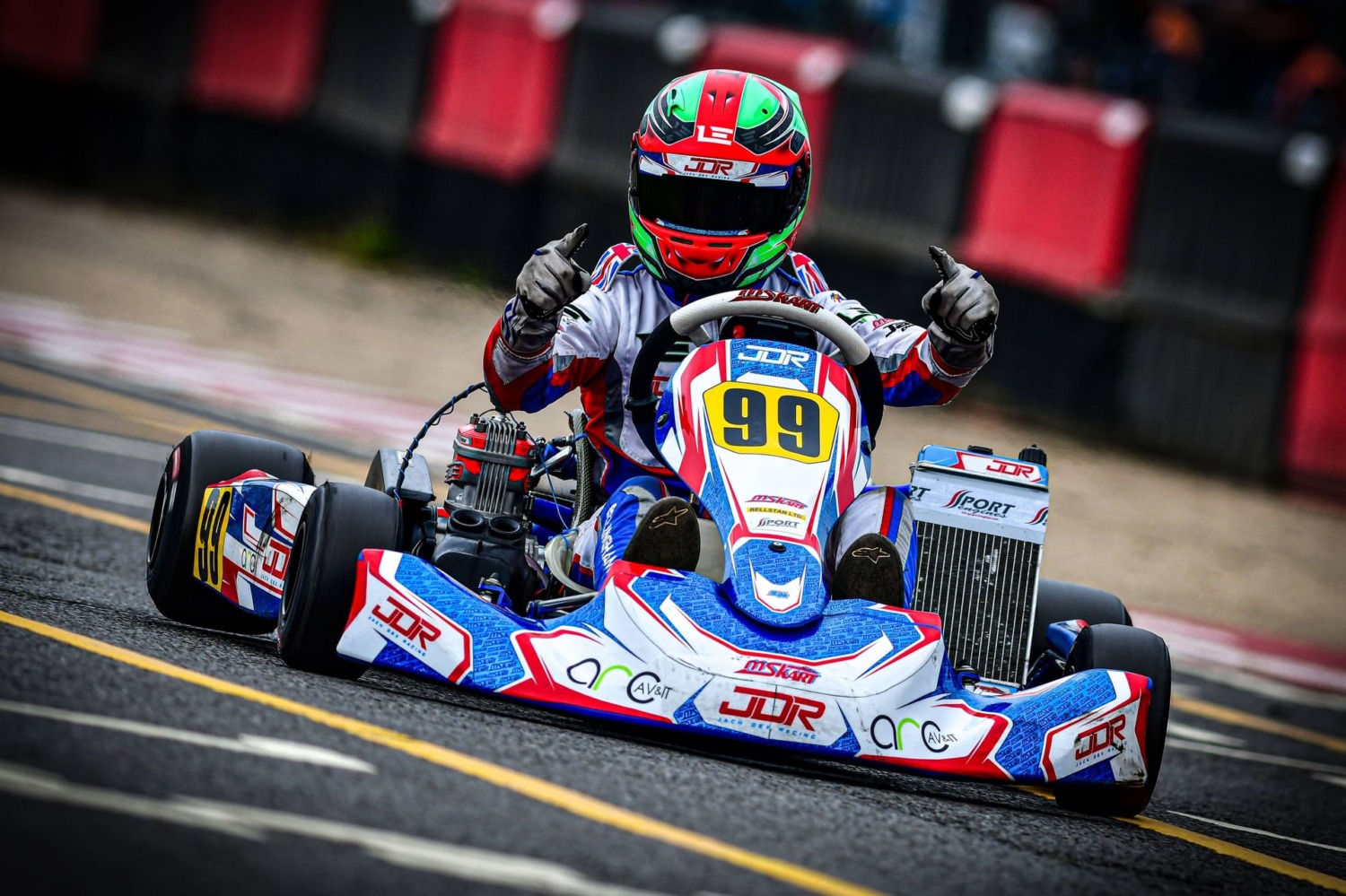 JDR senior drivers had a front row lockout for the final of round 8 of WMKC with Lucas Ellingham and Jude Fernihough. Lucas drove a great lights