In the first race of the Czech Kart Open championship, which took place last weekend in Cheb, the MS KART drivers tasted not only the whims of the changing spring weather but also tears of happiness as well as disappointment.

The most successful driver was Vašek Tomášek from the UBK team.

He managed his premiere race on the MS KART chassis in ROK GP brilliantly and after the results of P3 in time practice, P2 in the first and P1 in the second final, Vaclav won the Superfinal with a lead of 4 seconds! Many thanks not only to Vašek, but also to his mechanic Lukáš Folk and to the entire UBK family team. We are glad you race with us.

Tomáš Filipenský also showed a very good performance in the same category when he set a great 4th time in the time practice and his results P5, P10 and P5 in the Superfinal were a big surprice for the whole team. He showed his opponents that they will definitely have to count on him this year. Well doen, Tom!

In the KZ2 category 3 drivers started for the MS KART Racing Team: Jakub Talaš and Jiří and Jan Šafránek. For Jakub Talaš, the first race of the Czech champ did not run according to the best scenario: a mistake in time practice, when he ran up to 8th time, took a hard toll and affected the performance of his engine in all subsequent races. However, this did not discourage Jakub and he did his best. The results P4 in the first and P6 wiht penalty for the bumper in the second final race meant a start to the Superfinal from 2nd row, which was not so bad. Kuba had a great start but a hard collision with an opponent who pushed him off the track a few seconds after the start meant end of the race and no more chance for the podium.

A nice surprise for the whole team was Jirka Šafránek driving in the top 10 in strong competition! P10 in the qualification and P7, P23 and P10 were really good results in his first race. His father, Jan Šafránek, did not enter the race for health reasons in the end, but he could enjoy the racing atmosphere as a spectator and he fully experienced the great performances of his son. Well done Jiri, just keep going 🙂

Many thanks to all the mechanics for their hard work throughout the weekend and also the Machač Motors team for the engines.

In the ACR Cup Kryštof Kyllar started in BABY 60 category with his new MS MINI chassis. He was the fastest driver in his class in time practice and he also drove well in in both final heats in which he scored points for a double victory! However, shortly after the start of the Superfinal, the race was stopped due to a serious accident. Unfortunately, it was Kryštof who had a collision that resulted in a broken wrist…

In MINI 60 category, his teammate David Nový took a beautiful 2nd place in PAČR and Filip Kovalík finished fifth. Lukáš Tomášek did not finish the superfinal due to a collision.

We are looking forward to seeing you at the next race, probably at the beginning of June at the MP and MSR in Vysoké Mýto. 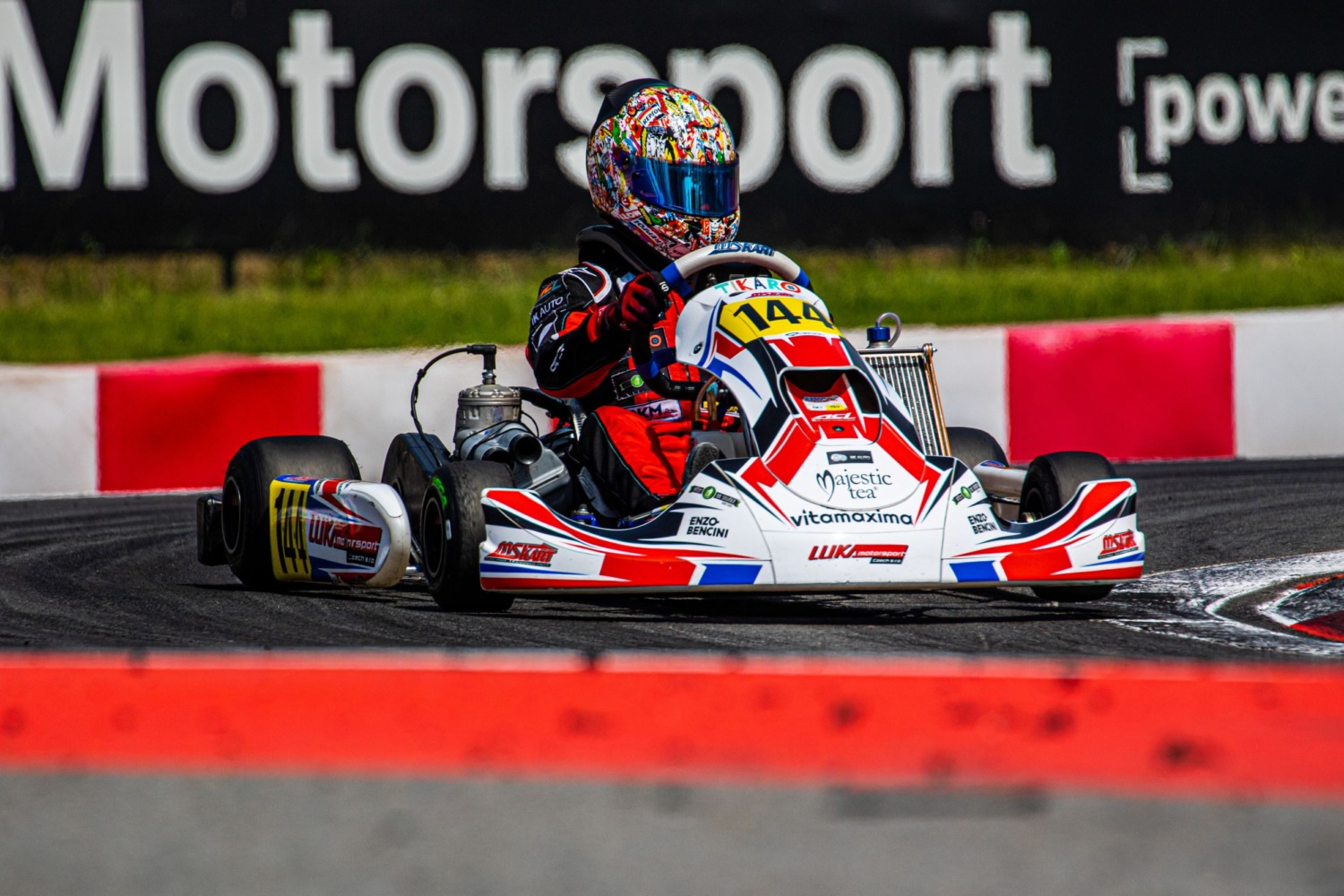 Max Karhan on the top in the Czech Championship at Steel Ring!

After previous DKM, WSK and MCR races, where the priority was to finish the race in the top ten, because we are running a new category 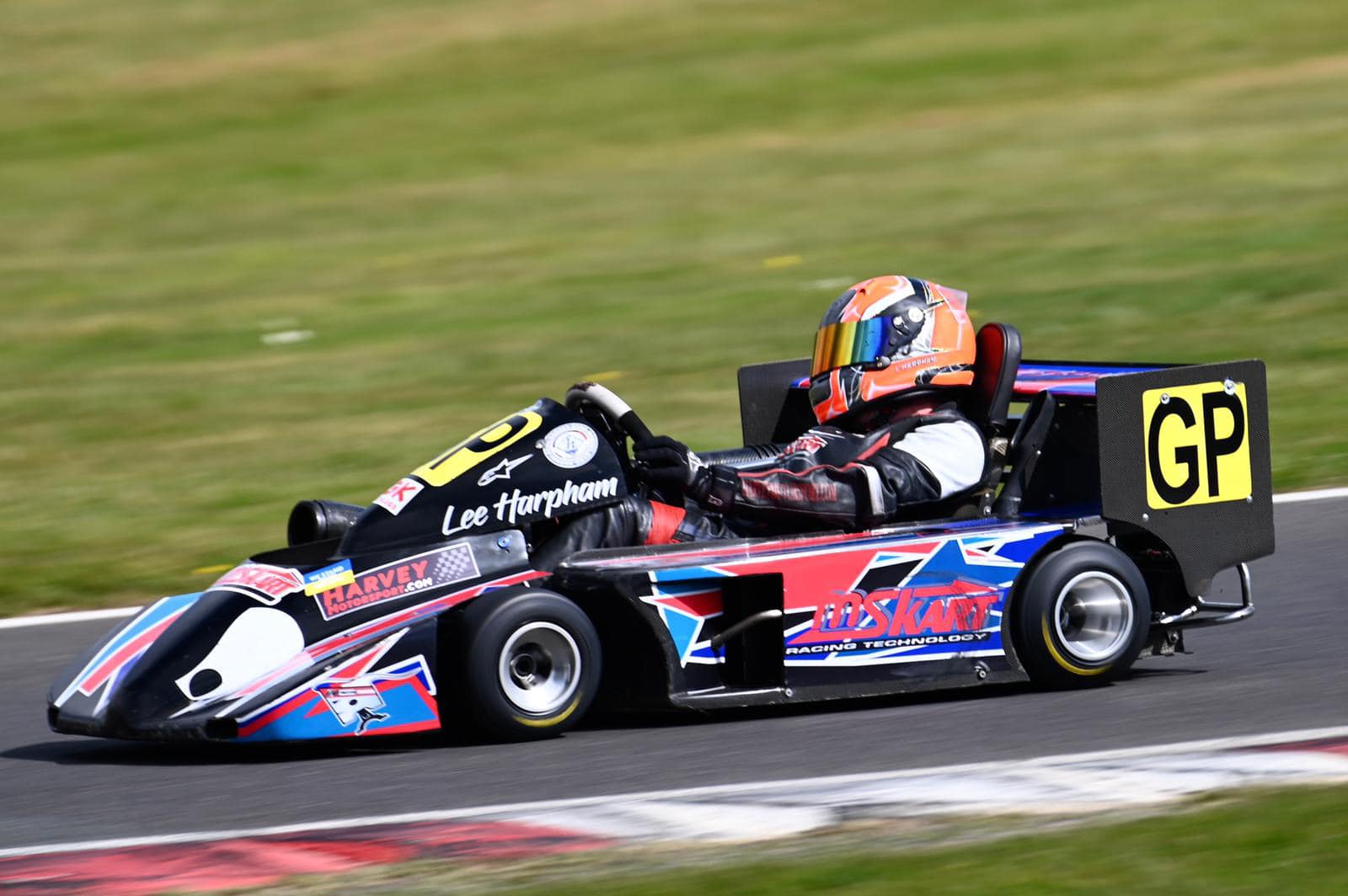 The British Cadwell Park circuit hosted the second race of the British Superkart Racing Club super series this weekend. Qualifying was busy on track and 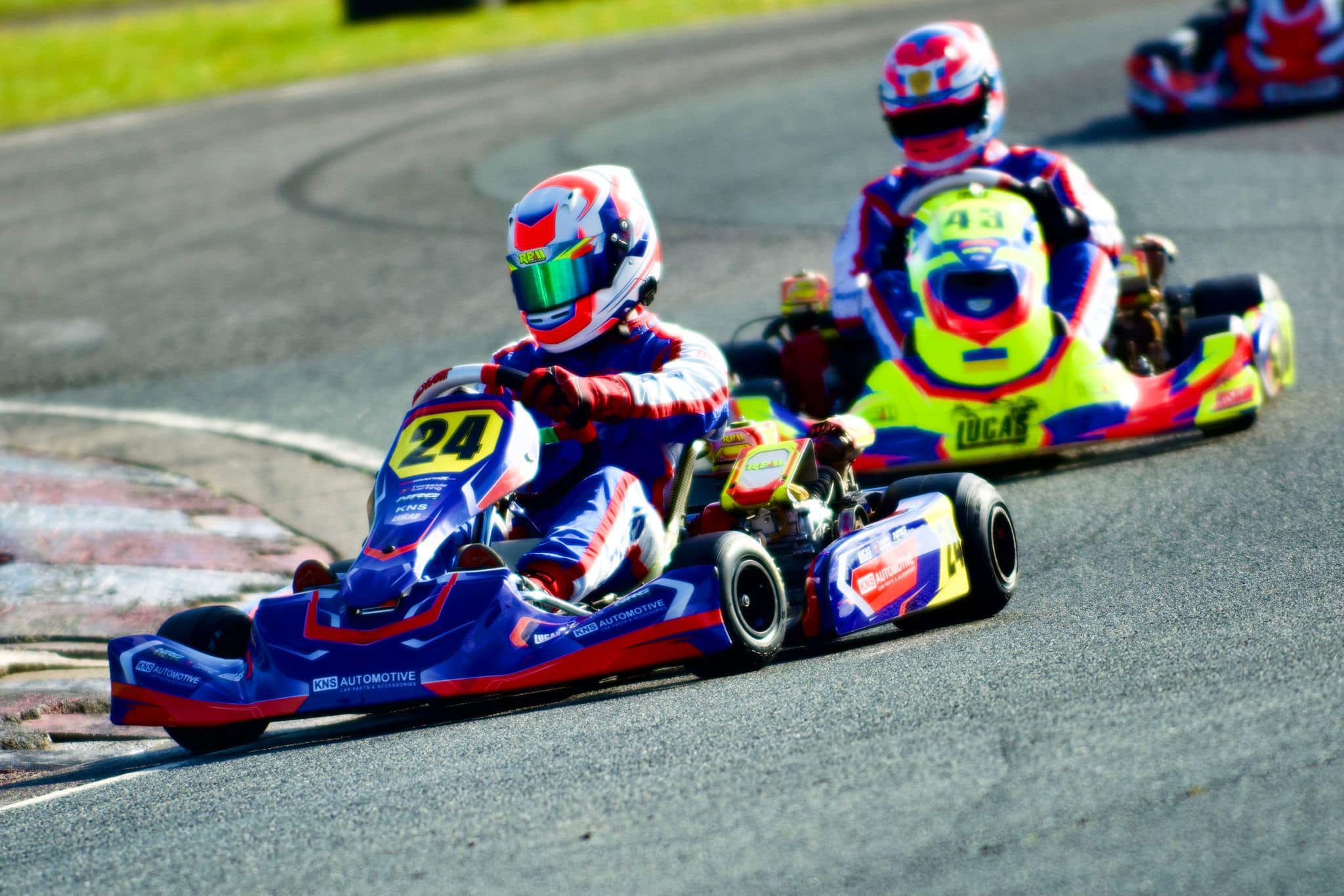 The UK team Lucas Racing finished on podium in Senior Prokart, Senior Max and Junior Max at Teesside Sprint Round 1. After the random grid 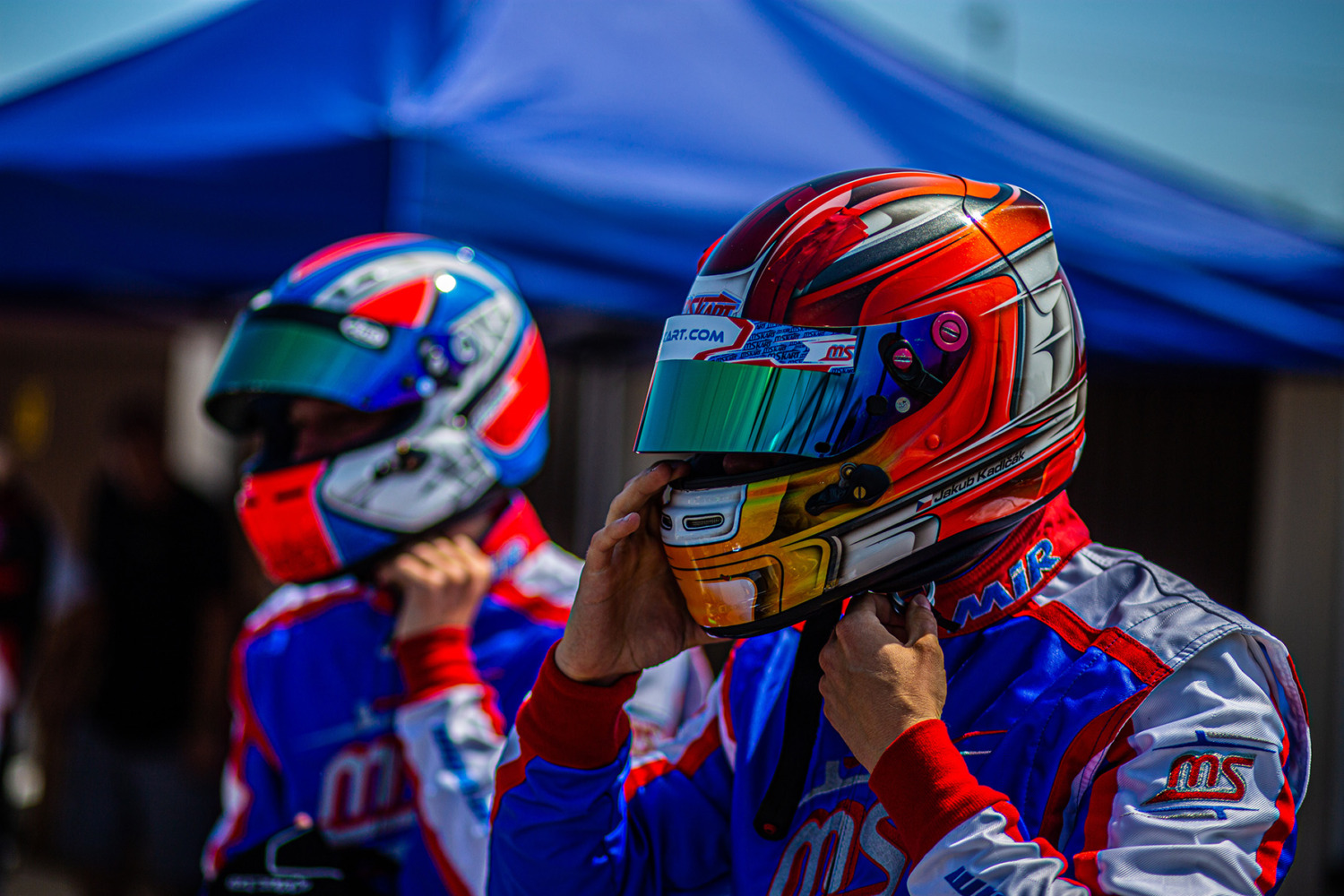 The Speedworld kart track in Bruck, Austria, was the venue of RMC Czech Republic, MP and MSR Round 2 on 3-5th June. In hot summer 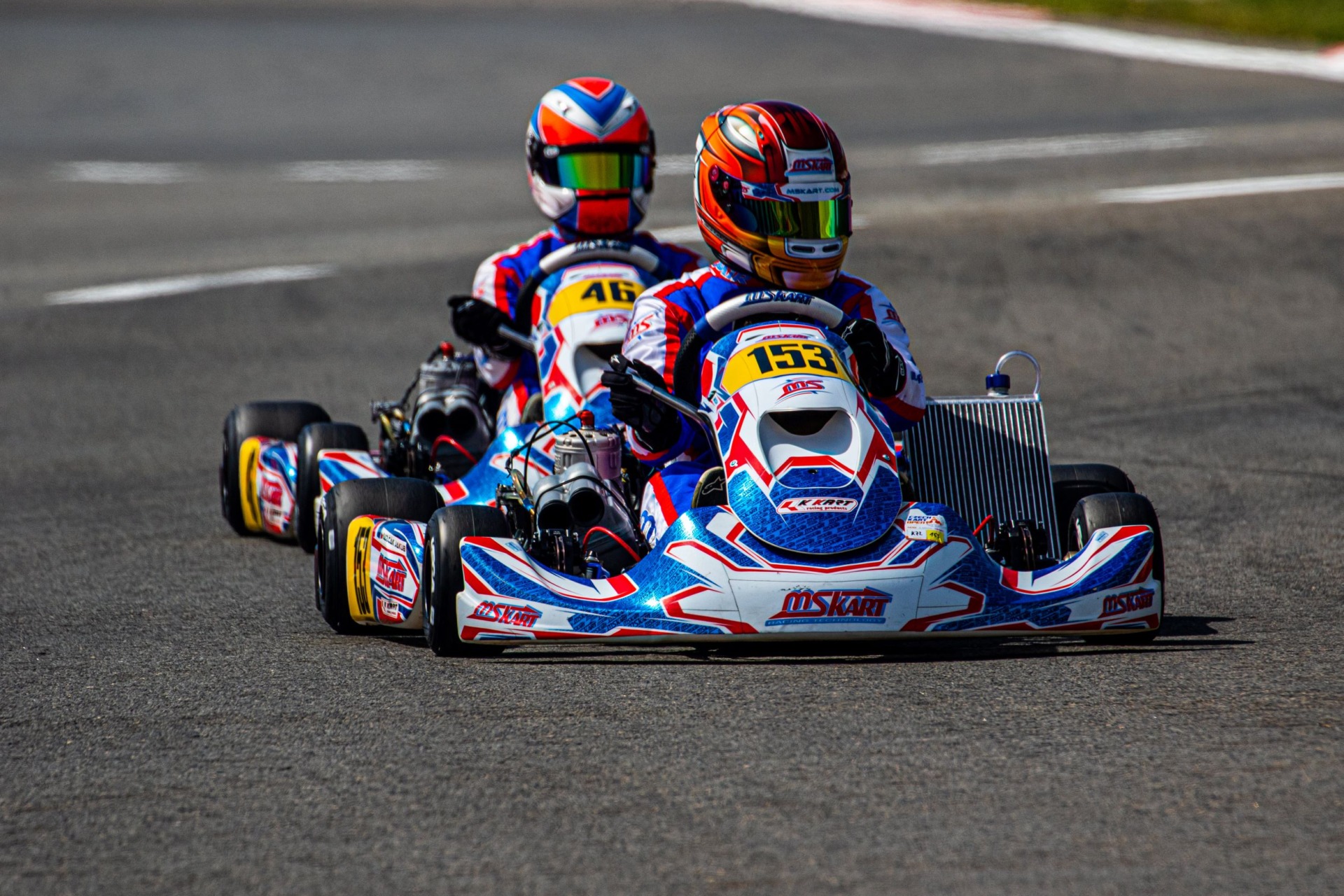 Steel Ring became the venue of Czech Kart Open Round 2

In the second round of the Czech Championship and the Czech Kart Trophy, which took place at Steel Ring in Třinec last weekend, our MS