The company MS KART is a Czech manufacturer of racing kart chassis. Its founder and sole owner is the successful kart driver Milan Šimák, whose long-term racing career in karting, which started in 1968, was continued by kart chassis production. 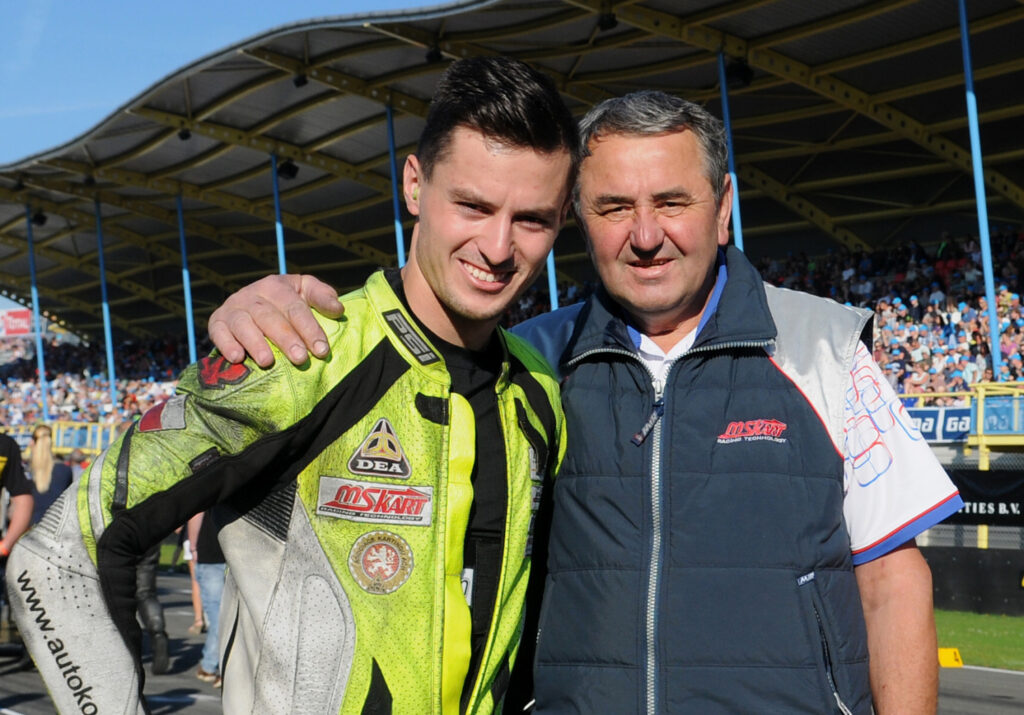 Milan Šimák belongs to the icons of the karting sport, go-karts have become his lifelong hobby and work. The famous Czech kart driver was born in Lažiště near Prachatice as the son of a miller. In the mid-60s of the last century, Milan and his brother Josef decided to weld a frame from water pipes and they built their first kart. Milan was 14 years old that time. This boyish idea has become fatal for him and accompanies him and his whole family to this day.

Milan Šimák’s racing career started in 1969 short after he got a job at ČSAD Prachatice. There used to be a good go-kart club in this company and so the talented young driver became involved in its activities. He completed his first race in 1970 and since then his racing career has grown very rapidly. Milan’s endless diligence and enthusiasm began to reap success soon. He fought his way into the Czechoslovak national team and won his first champion title short after. More success meant next karting club transfers, such as to the Agroteam JZD Štěpánov or later to the Motokárklub Prague.

Although Milan Šimák used to race for 22 years and achieved extraordinary sporting success, he always considered himself to be rather a constructeur then a driver. He built his own kart chassis until 1982, then he had to switch to italian brands due to the CIK homologation which became neccessary for kart chassis used in all international races. As the homologation was not yet mandatory in Czechoslovakia that time, Milan continued with chassis production for the local market and earned some money for his own racing by selling go-karts and parts. He always had a good bunch of mechanics and enthusiasts around him, who helped him prepare the equipment for his own racing as well as for sale. They were mostly friends and people from Prachatice and the surrounding area who were not afraid of work and were willing to help.

Throughout his racing career, Milan Šimák gained valuable experience, which later became an indispensable basis for the establishment of his company.

22 He was born on November 22, 1953 in Lažiště near Prachatice. In the kart seat he completed 22 racing seasons.

2 He is married, with his wife Marie he has 2 daughters, Milena and Helena. Both work in the family company MS KART. He is the proud grandfather of 4 grandchildren.

1992 He founded the MS KART company and officially started to produce kart chassis in 1992.

2005 In 2005 he received the „Zdeněk Vojtěch Award“ and became a member of the Czech Motorsport Hall of Fame.

On 7th September 2020, 40 years have passed since the European Karting Championship in Olomouc when Milan Šimák became the European Champion. On the occasion of this anniversary, Václav Malina from TV Šrumec recorded a memorial video in which Milan Šimák’s family, his friends and comrades, former mechanics, employees and fans remember not only the year 1980 and the famous Olomouc race, but also Milan’s difficult beginnings and his entire racing career. 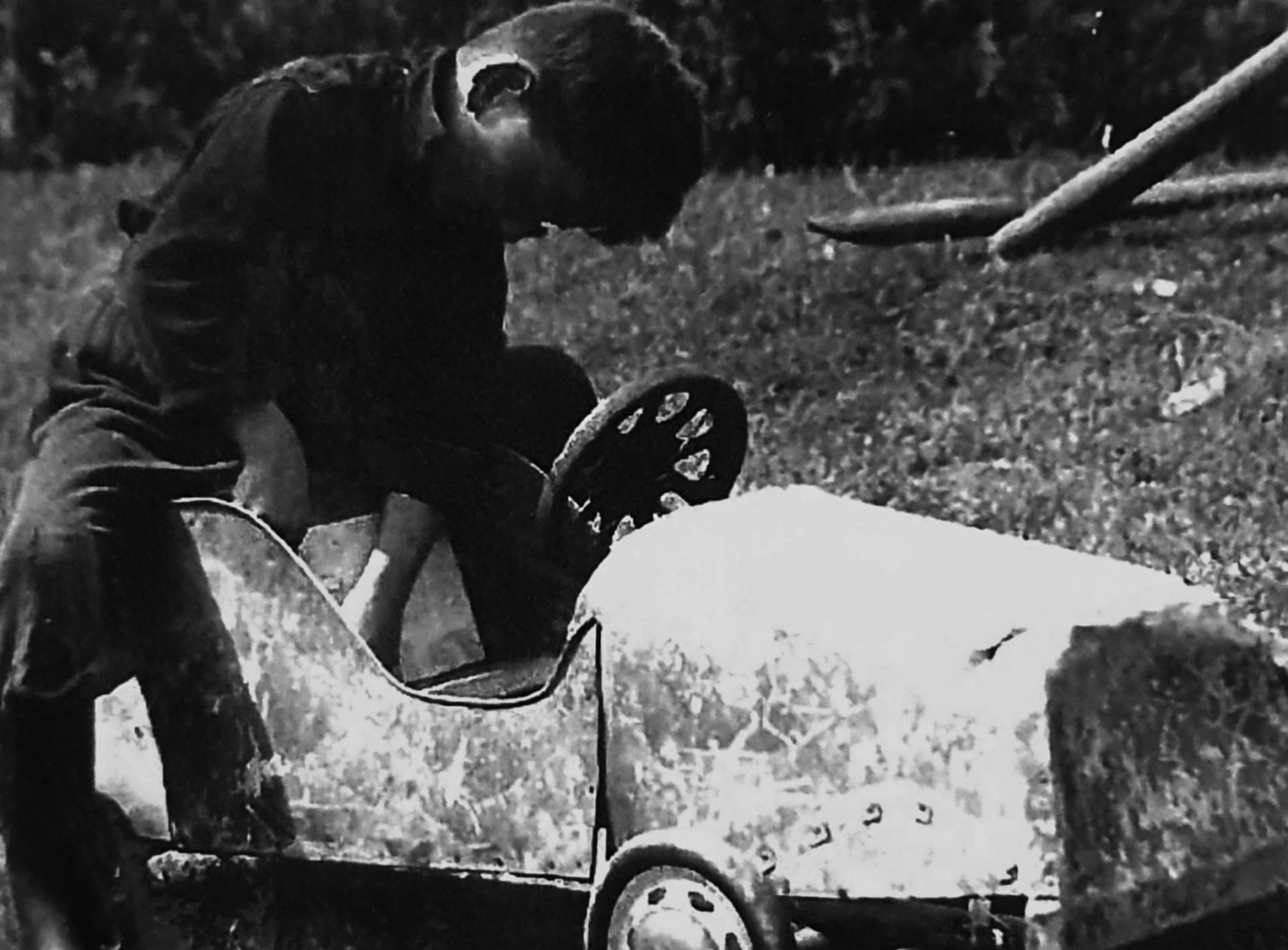 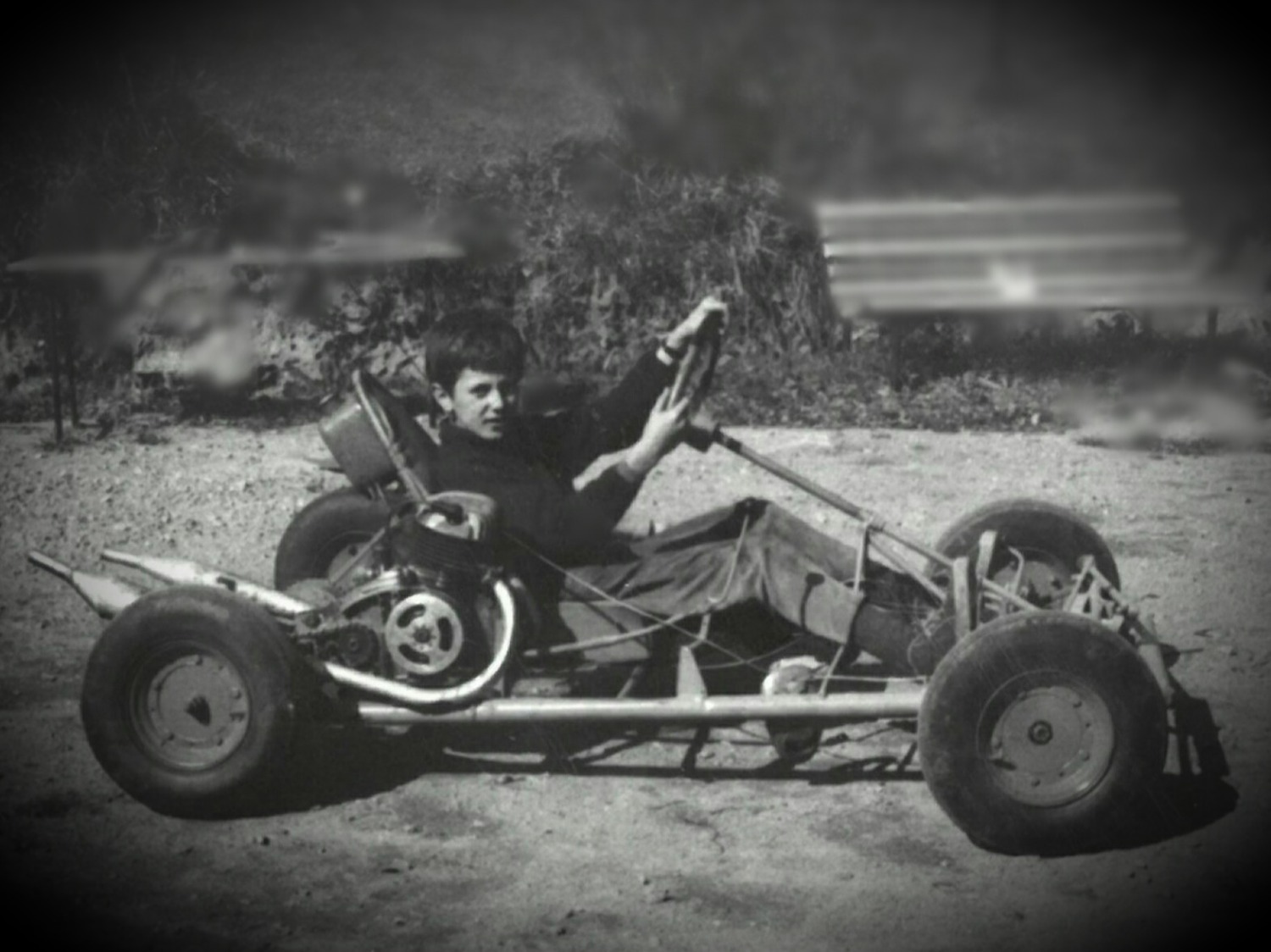 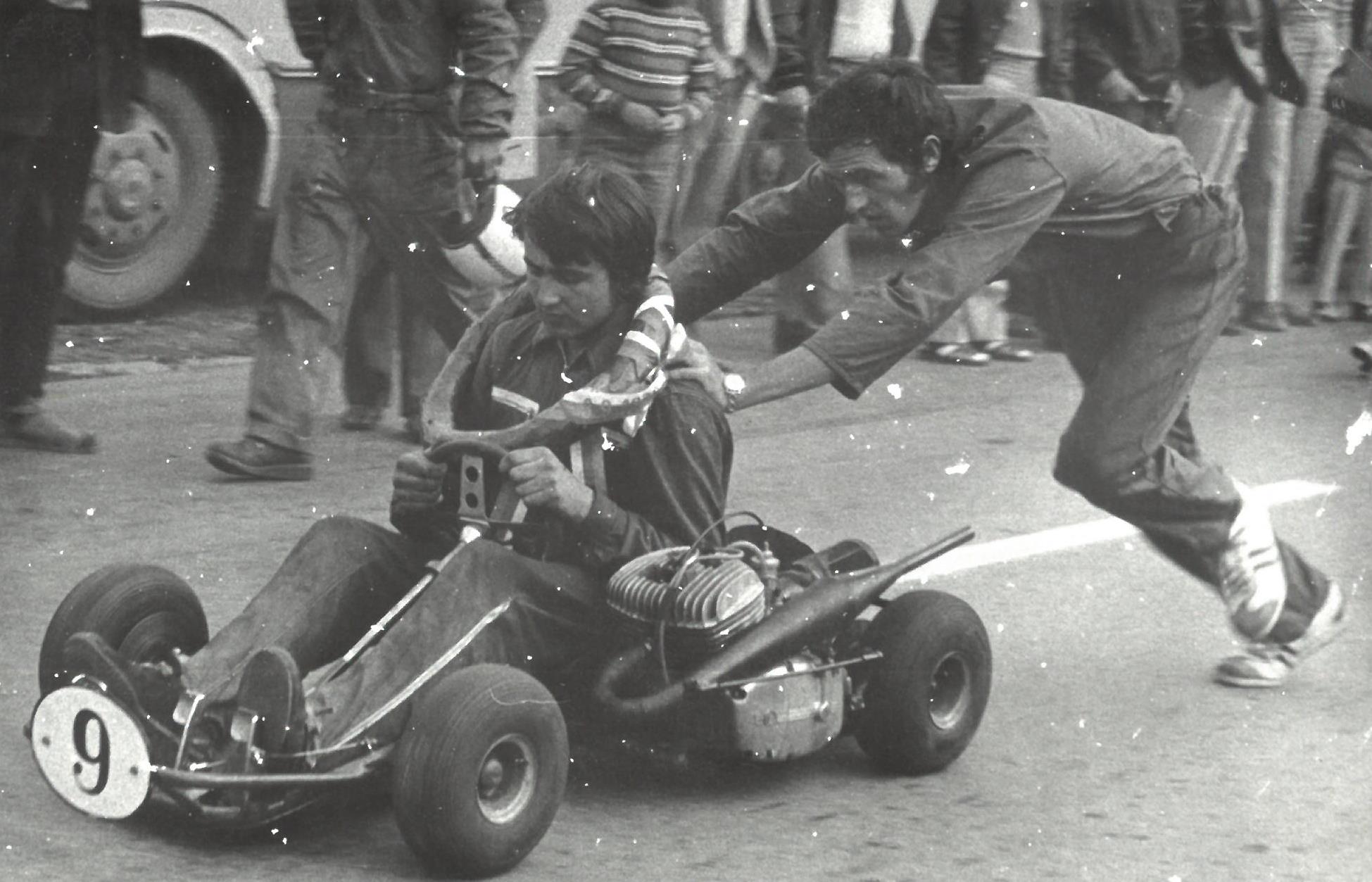 1973 - at the Czechoslovakian championship in Prachatice, Milan is pushed by his older brother Josef 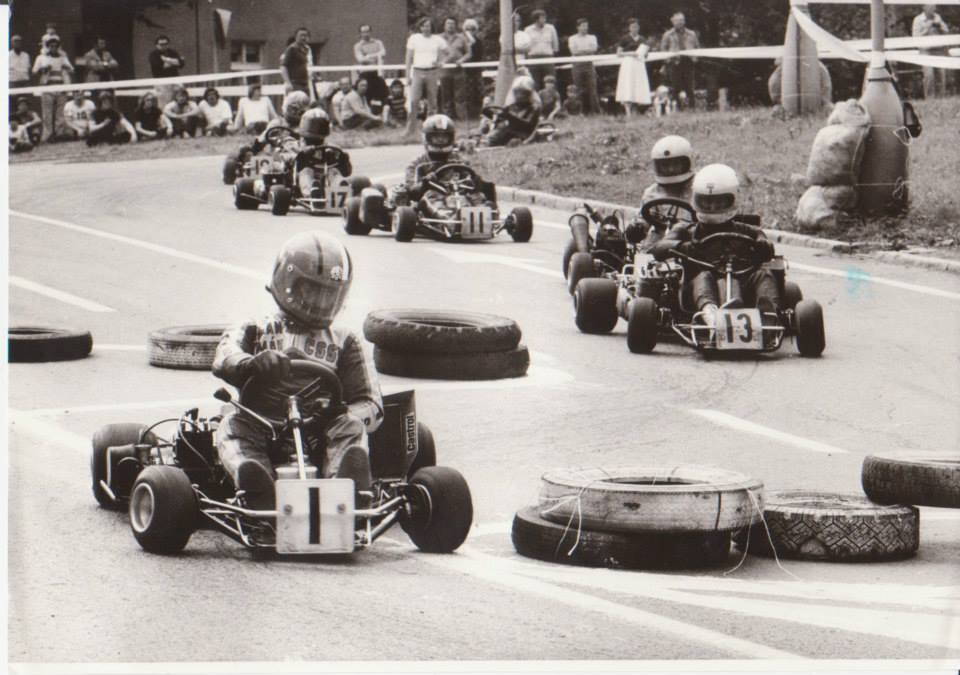 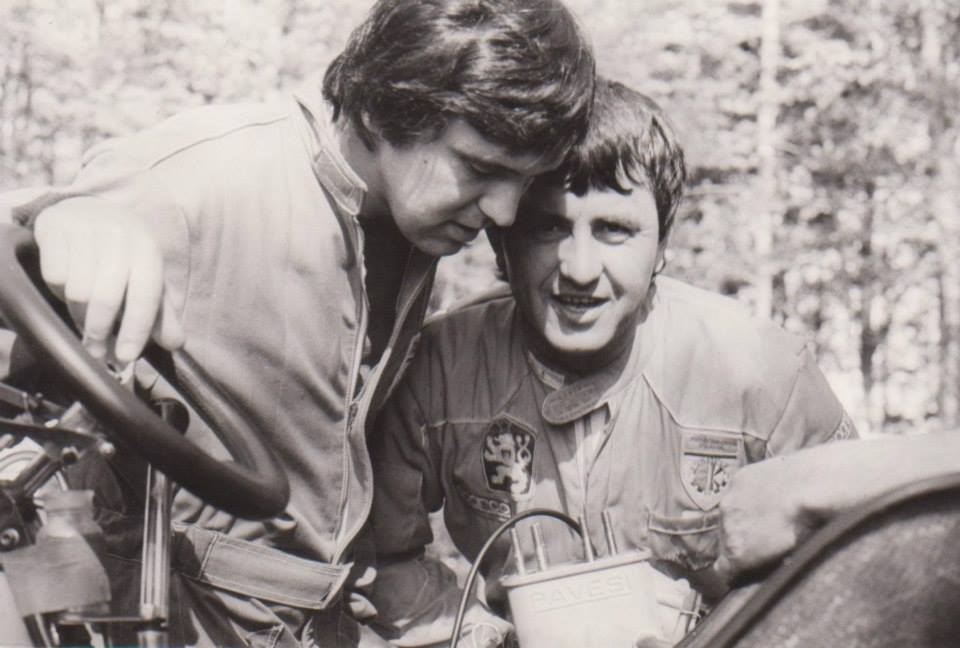 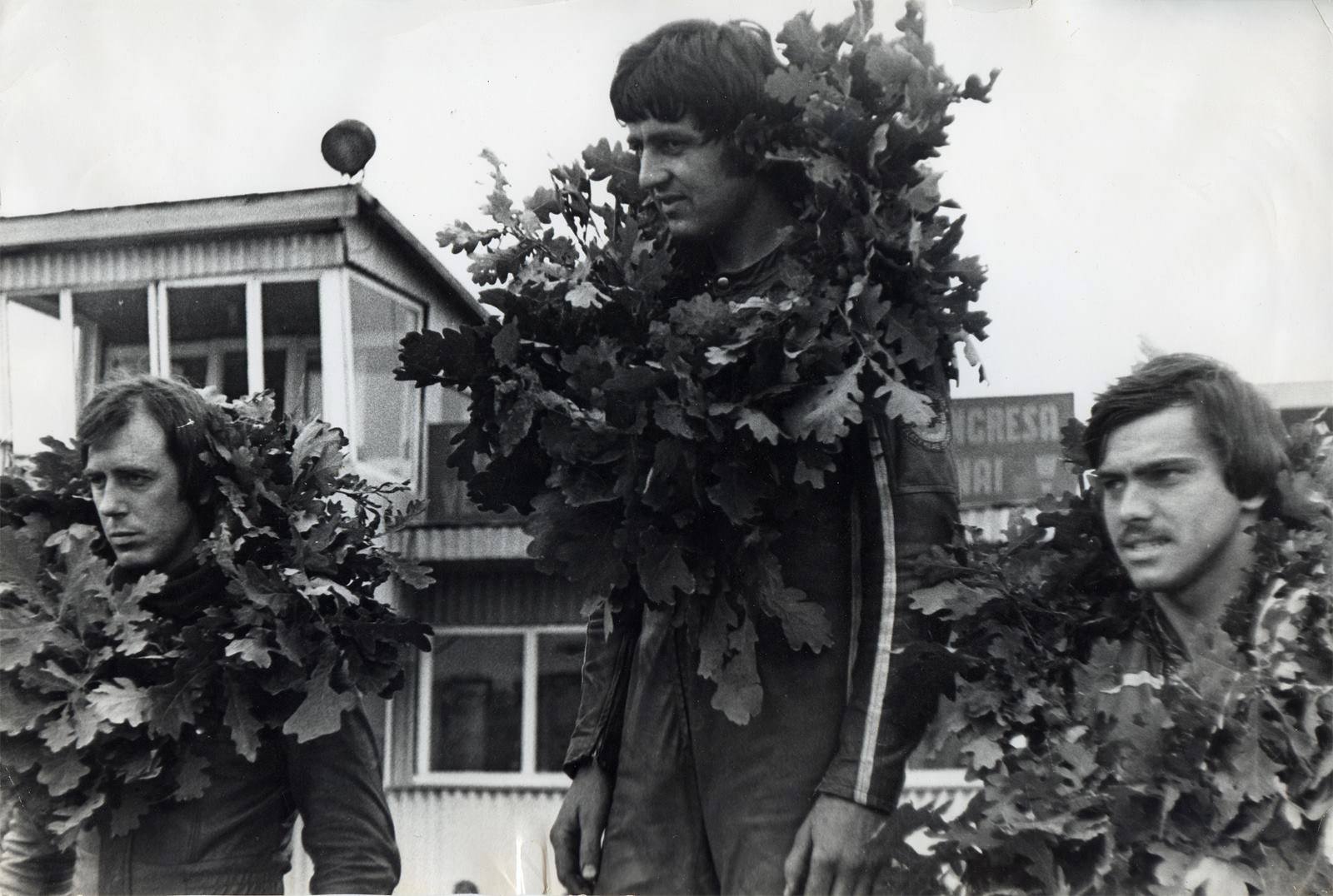 1980 - Peace and Friendship Cup in Riga, from the right side Jiří Sedlář, Milan Šimák and Rjabcikov from Russia 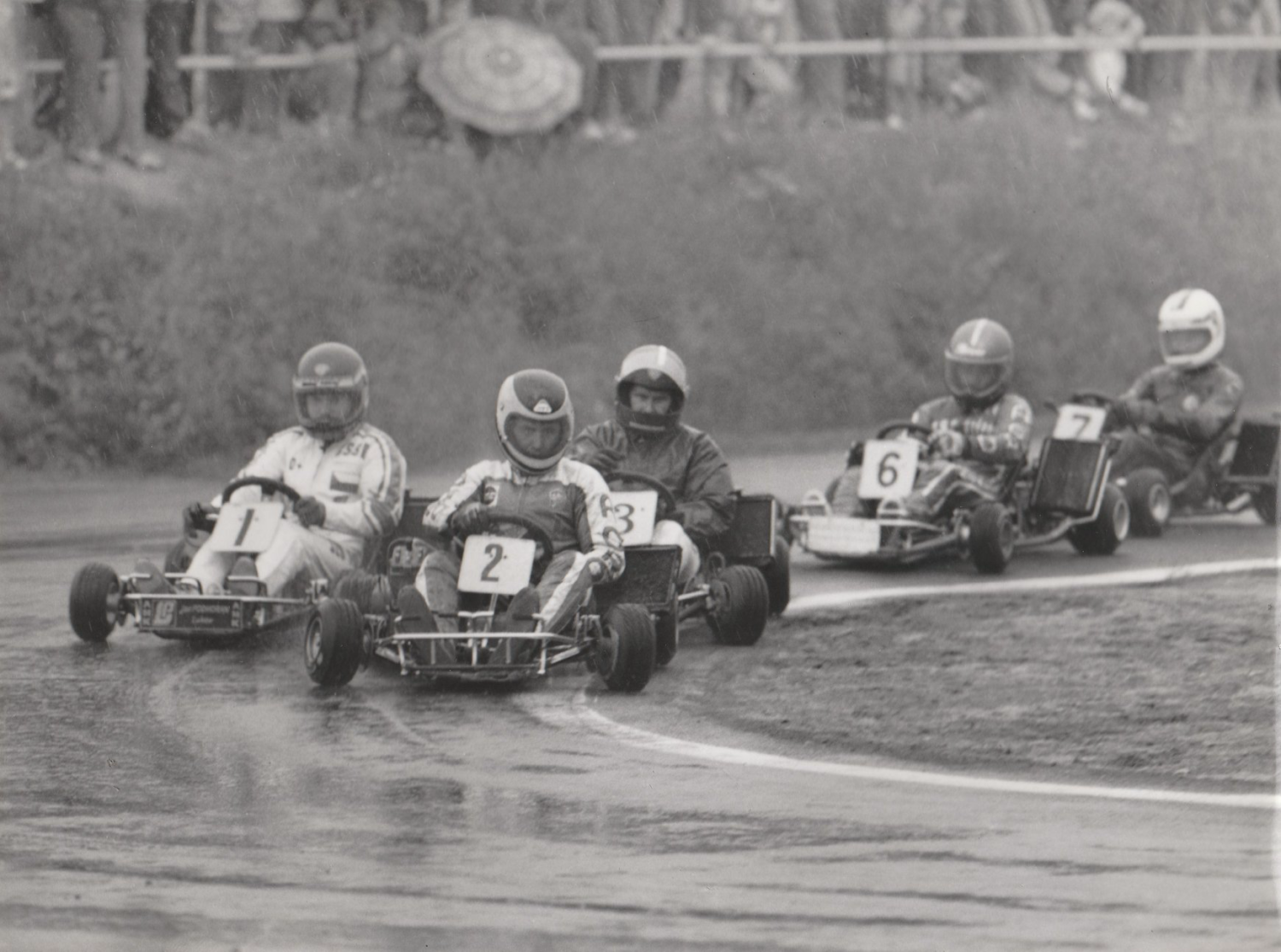 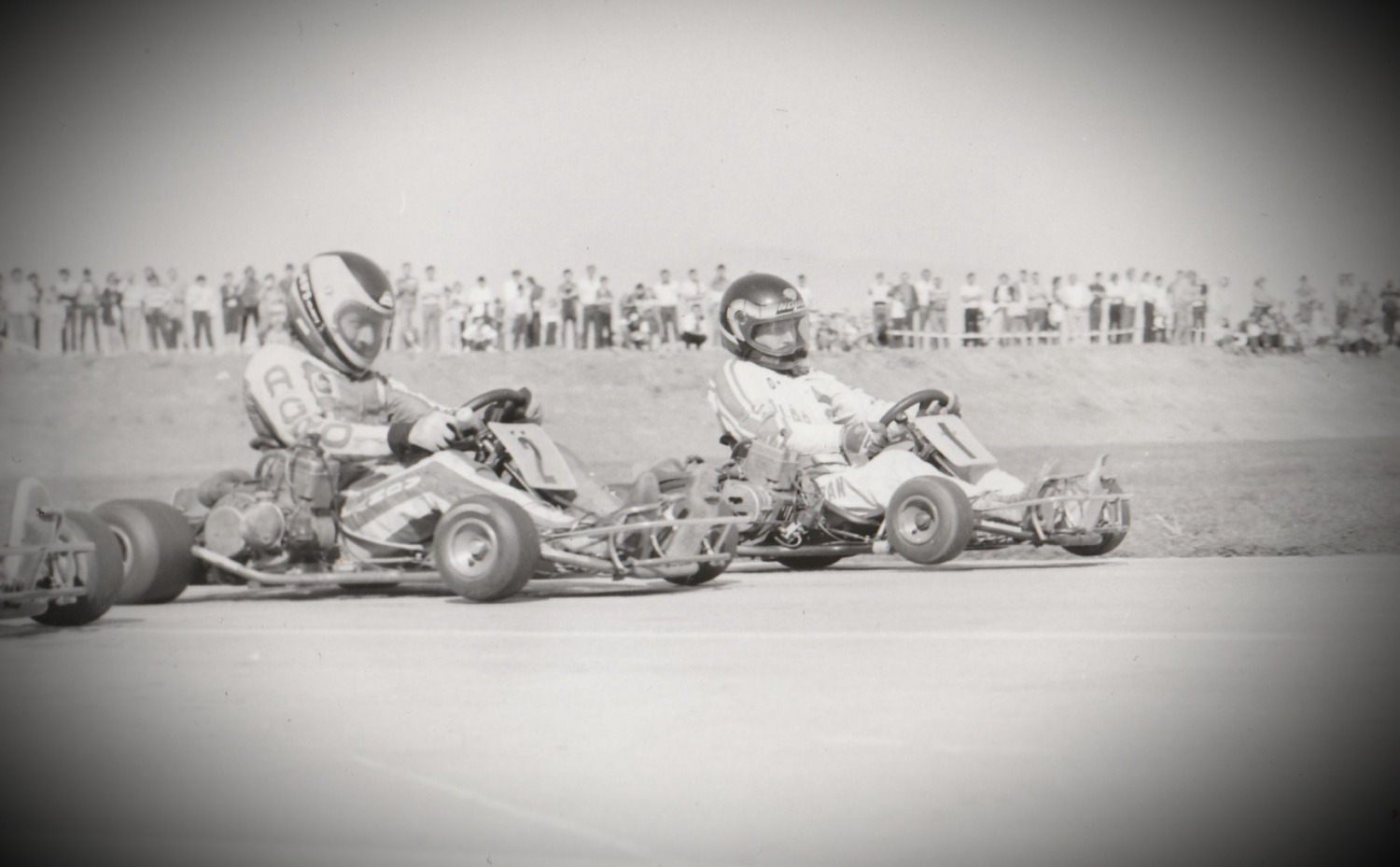 In 1988, the private enterprise was allowed in Czechoslovakia and Milan Šimák became the first entrepreneur in the district. Everyone was amazed at the bold business plan at the time, but Milan had a clear vision: he will manufacture kart chassis and export them all over the world. First he started to produce chassis bilding kits, then rental go-karts and finally in 1991 he founded the company MS KART, where go-kart chassis bearing his name have been produced until today (MS KART = Milan Šimák KARTING).

No beginning  is easy and MS KART has also faced many obstacles. Production began in the cramped spaces of a family house garage with simple  technology and equipment, which enabled the current financial situation. Two employees worked in the production and approximately 30 pieces of kart chassis were produced in the first year.

A significant step forward came in 1992 when the company managed to obtain a bank loan. It was a very important milestone in the post-revolutionary era, when many start-ups struggled with a lack of capital. At that time, the private enterprise pioneer employed 4 people and produced about 50 go-karts a year. Milan worked 20 hours a day and had to borrow money several times to be able to pay wages. He constantly struggled with undisciplined customers who did not pay for deliveries on time. 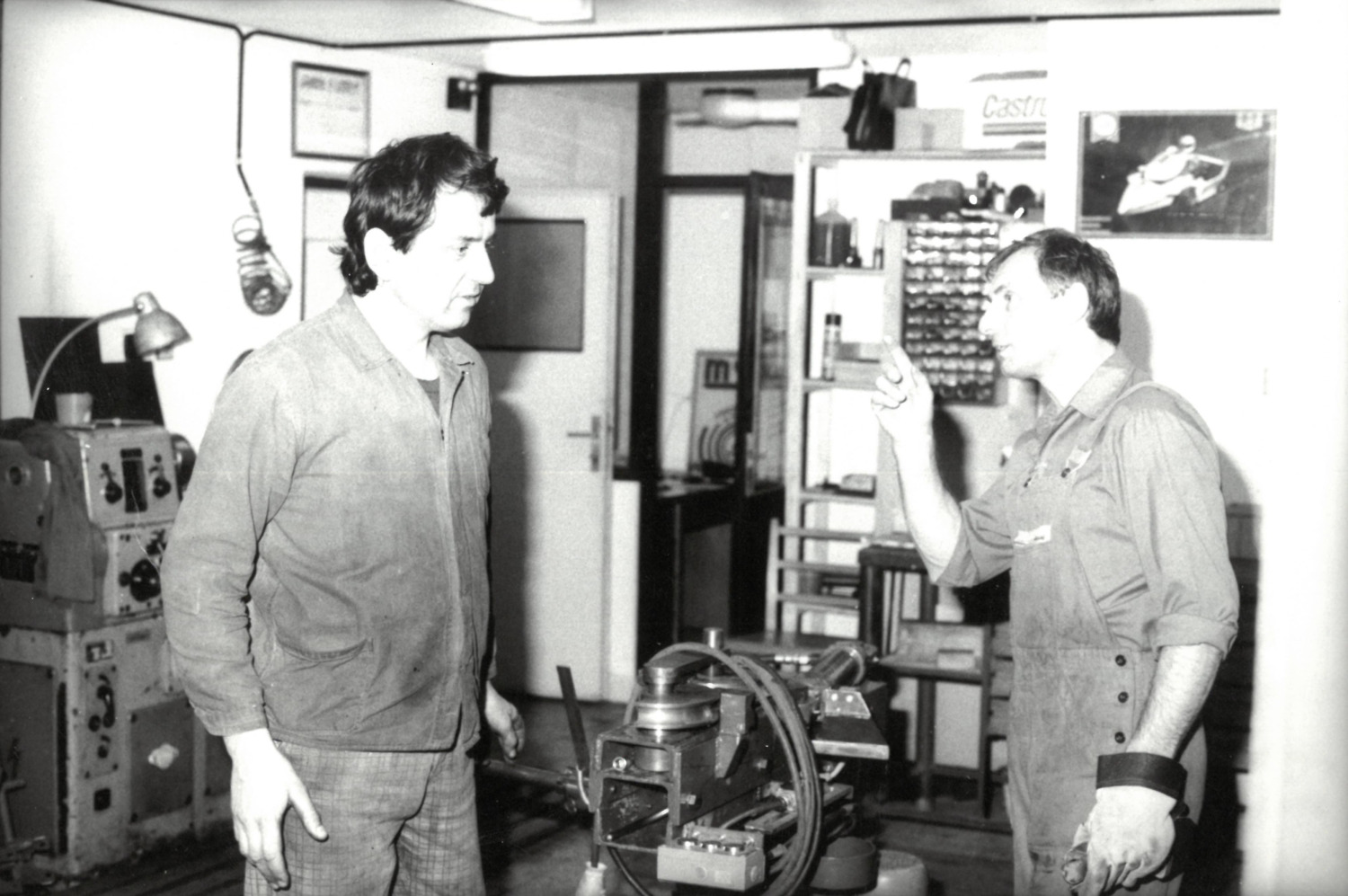 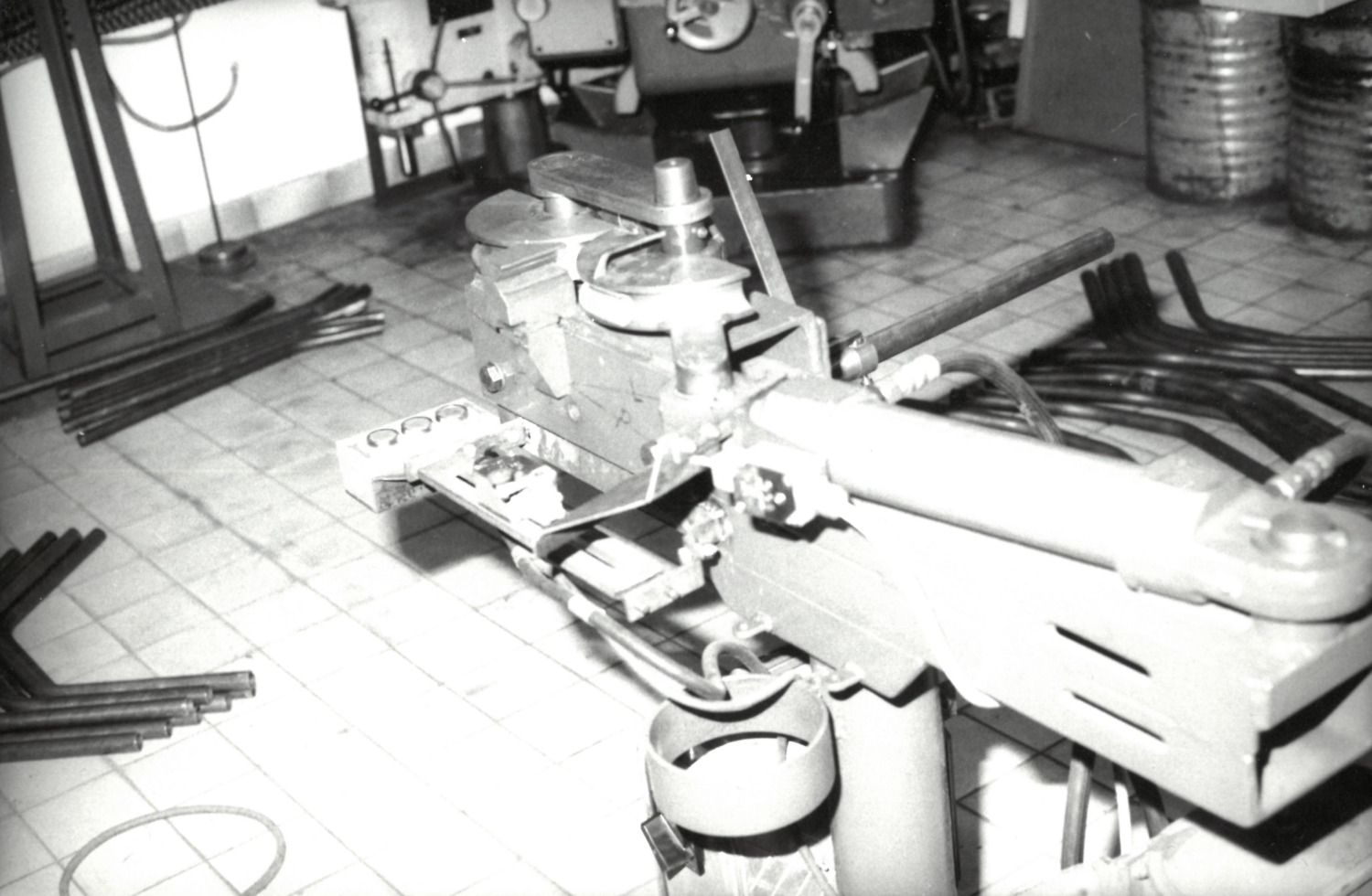 1993 - tube bending on a bending machine of own production 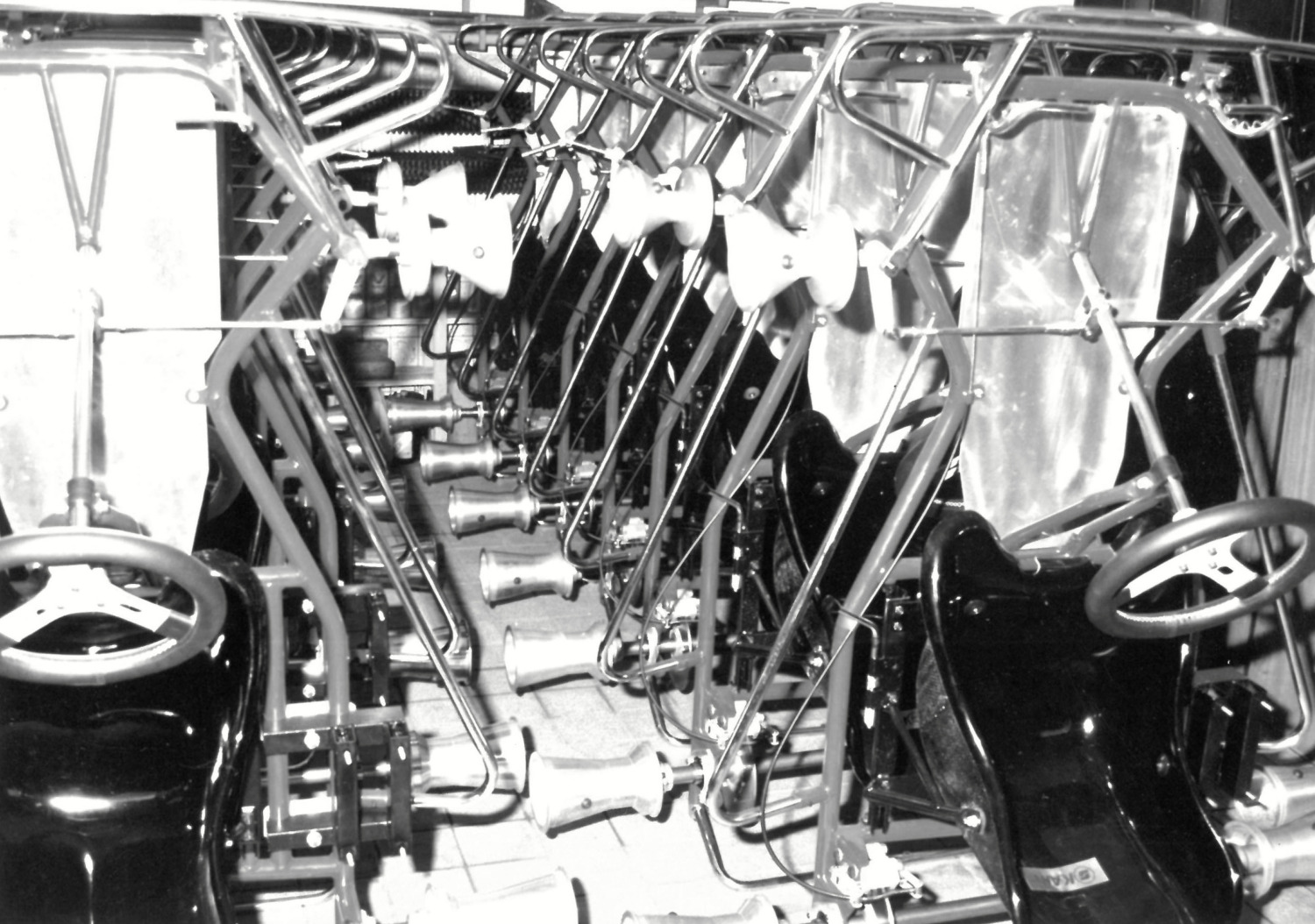 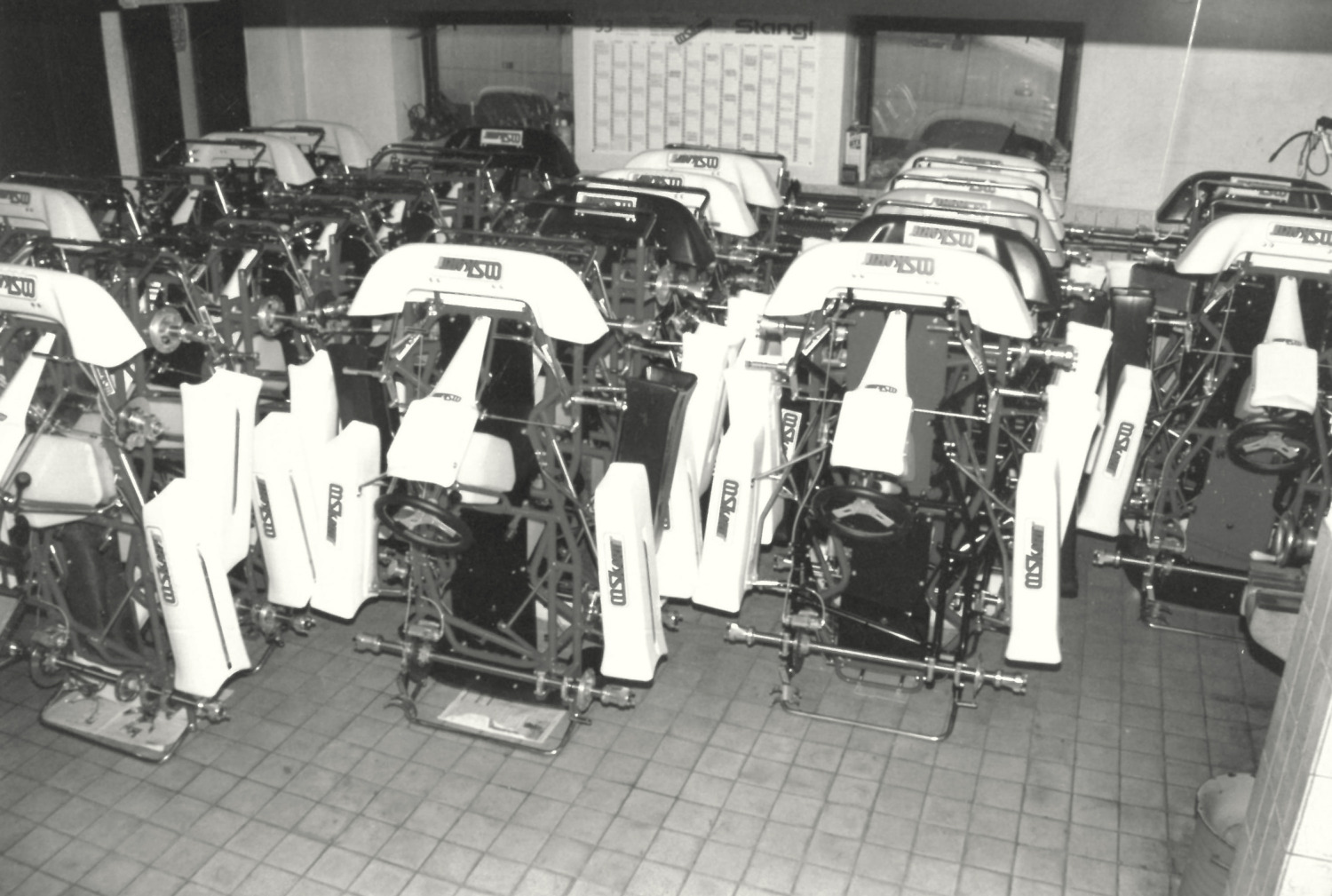 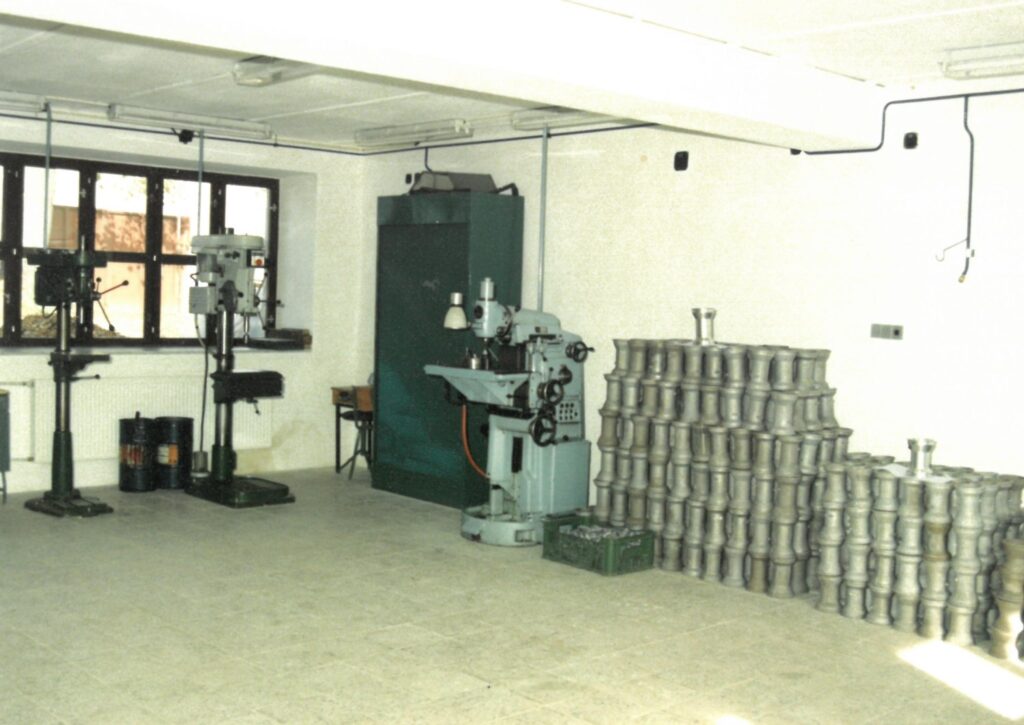 Despite numerous business hardships, Milan Šimák was sure of one huge advantage, which was guaranteed by the very content of his “unusual” business. Karting enjoyed a huge number of fans, at that time still mainly foreign. Its immense popularity in the world ensured the company constant interest of customers. These were not only people looking for fun but also professional racers, for whom go-karts were a stepping stone to the world of big car races.

Thanks to this fact, Milan Šimák was not afraid of sales problems. On the contrary, he was sure that the demand for his products would continue to grow. Even in the Czech Republic karting was becoming an increasingly attractive sport, especially for young racers.

The key moment came thanks to a large order for a client from Germany thanks to which the small South Bohemian company made another significant shift. Based on the loan agreement, which was subsequently repaid with ready-made go-karts for the rental network, the company gained momentum in the mid-1990s. Milan Šimák moved production from a workshop in a family house to a small factory and hired other employees. In 1994 the company employed 7 people and produced a total of 250 chassis. At the end of 1998 the company had twice the number of employees and the annual production was about 700 pieces of chassis.

It should be mentioned that an important milestone for the company was also the first successful international chassis homologation which helped the MS KART brand to enter  the world market. The first chassis, which was internationally homologated by CIK-FIA and which at the same time granted the company the status of an “official kart manufacturer”, was the model MS KART RCA CIK-01, whose homologation was valid for 3 years (1994 – 1996). From now until today, 2-3 chassis models are homologated at regular intervals.

The possibility of using MS KART chassis in international  CIK-FIA races and the huge increase in demand for Czech-made go-karts meant a further increase in production and as a result a necessary increase of the production space. 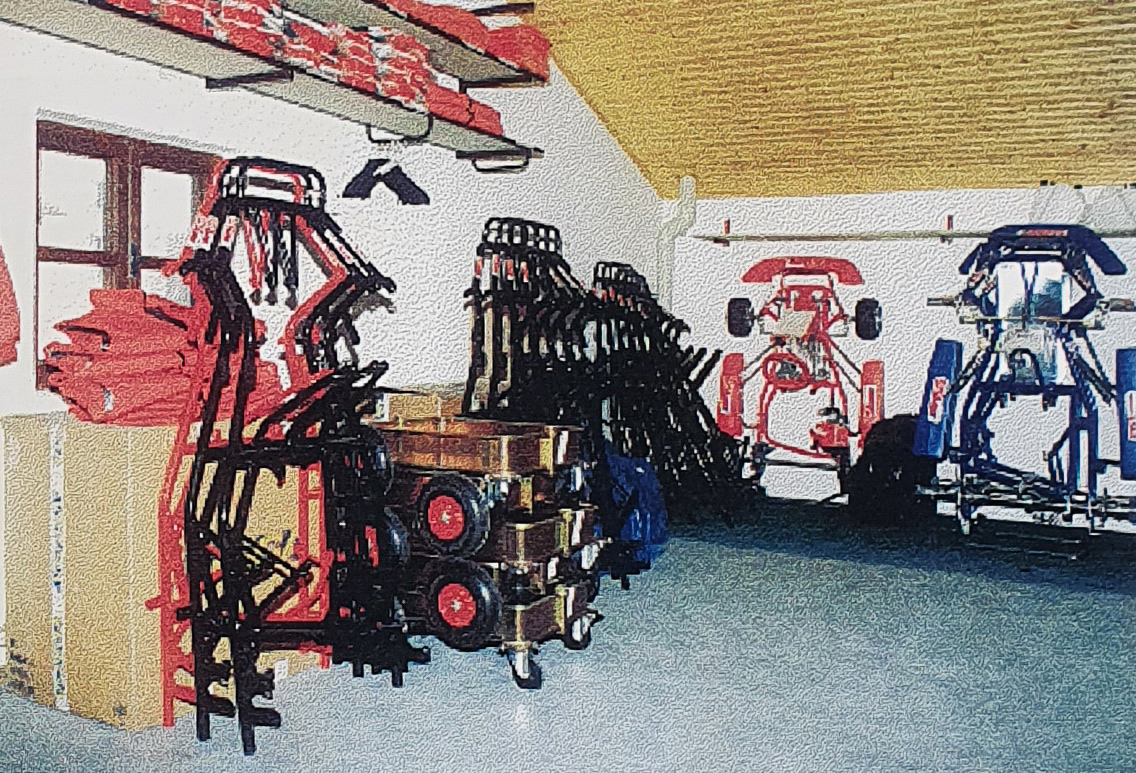 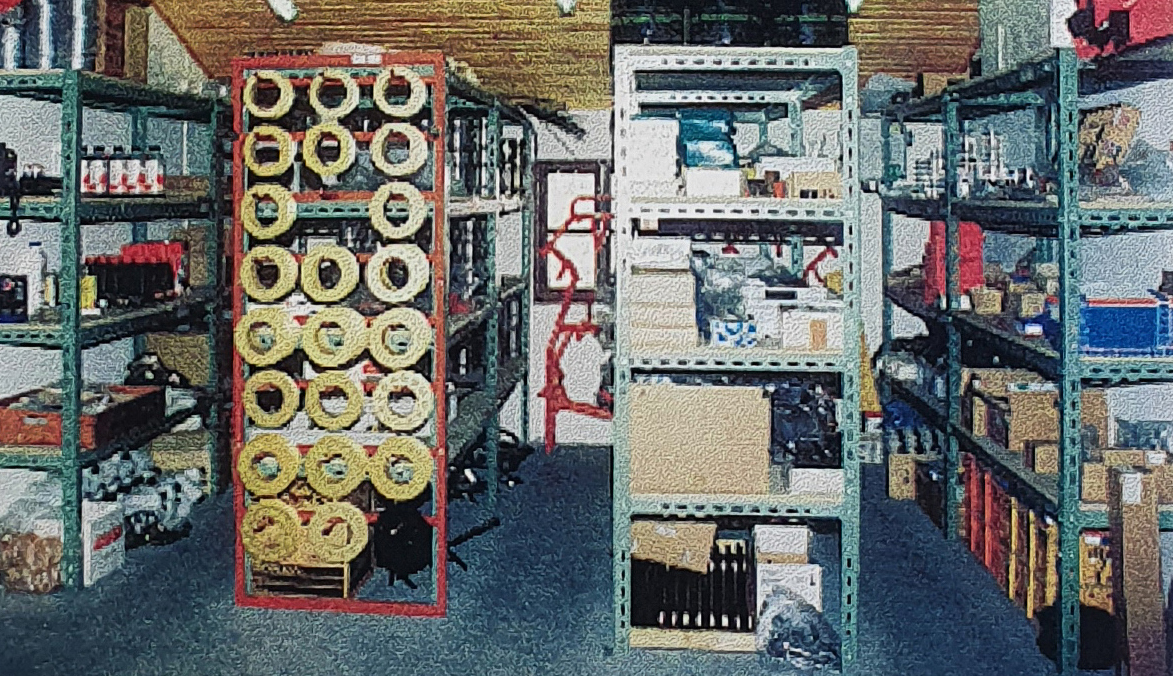 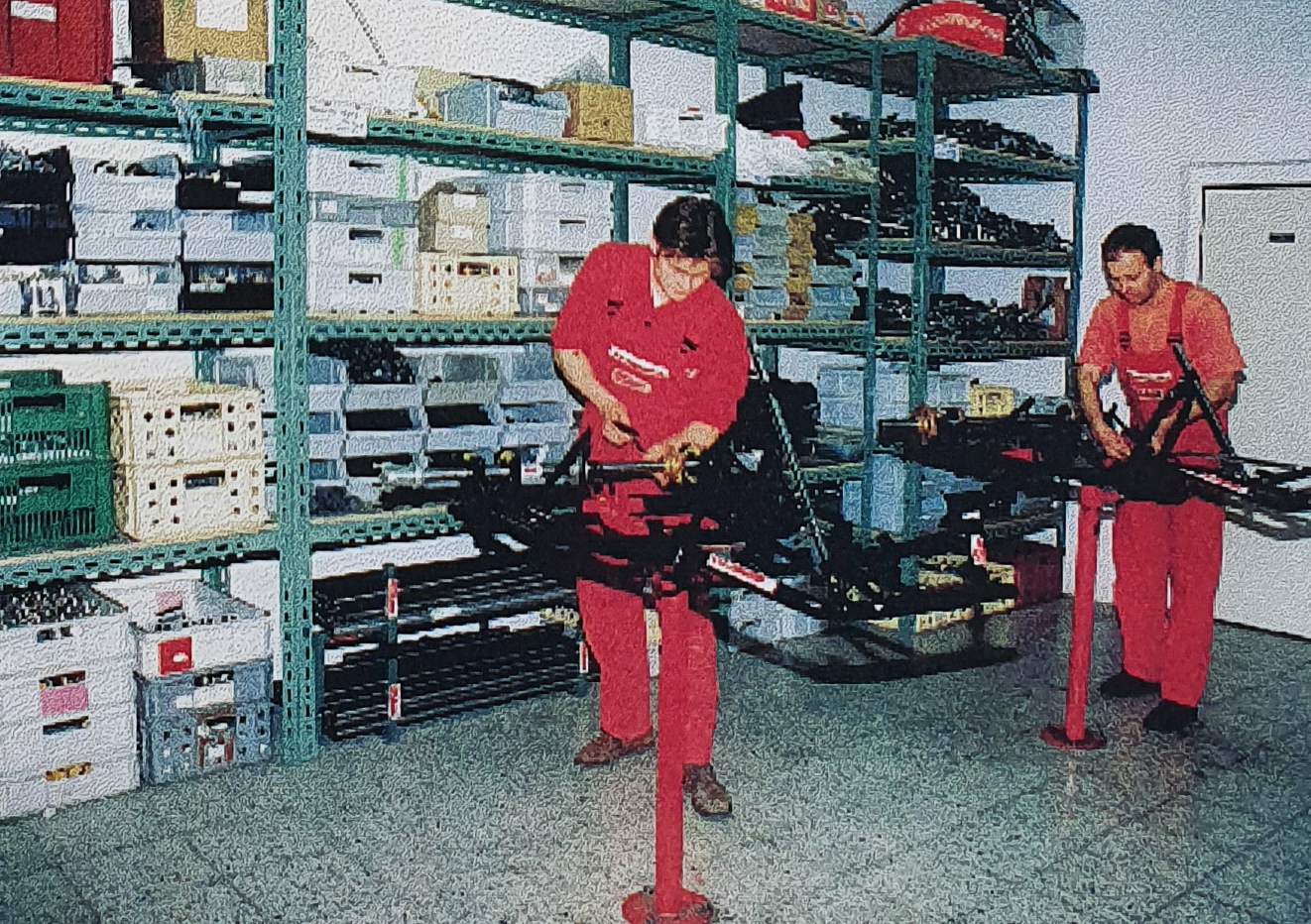 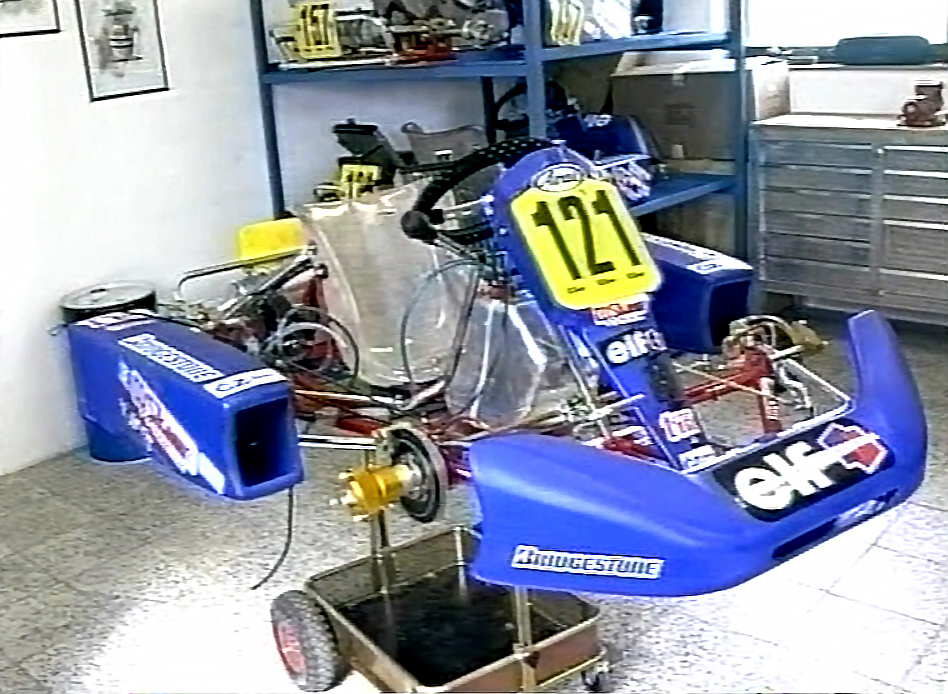 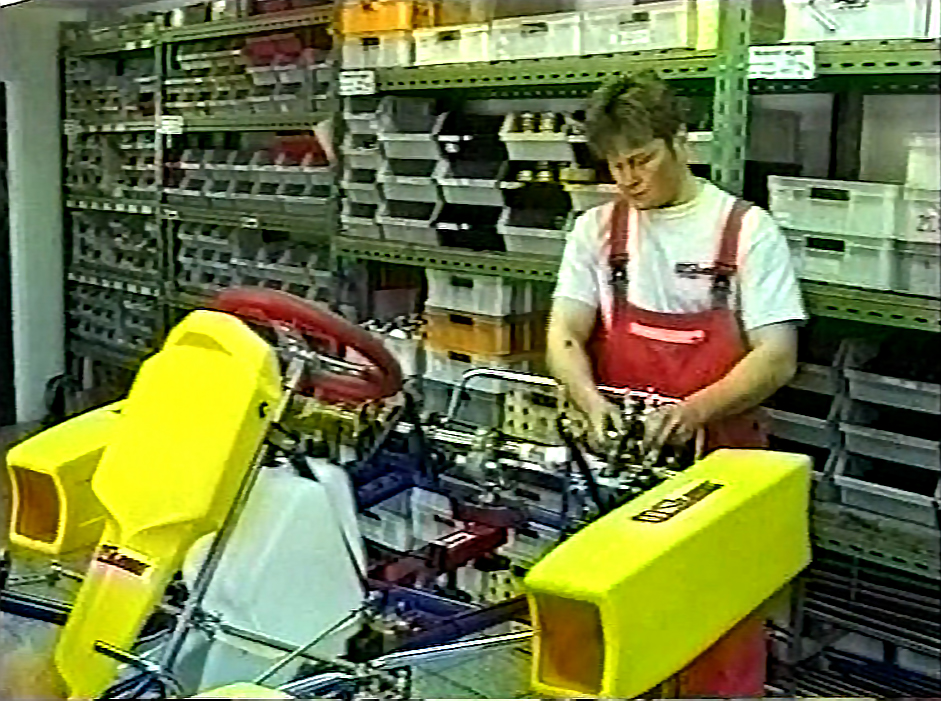 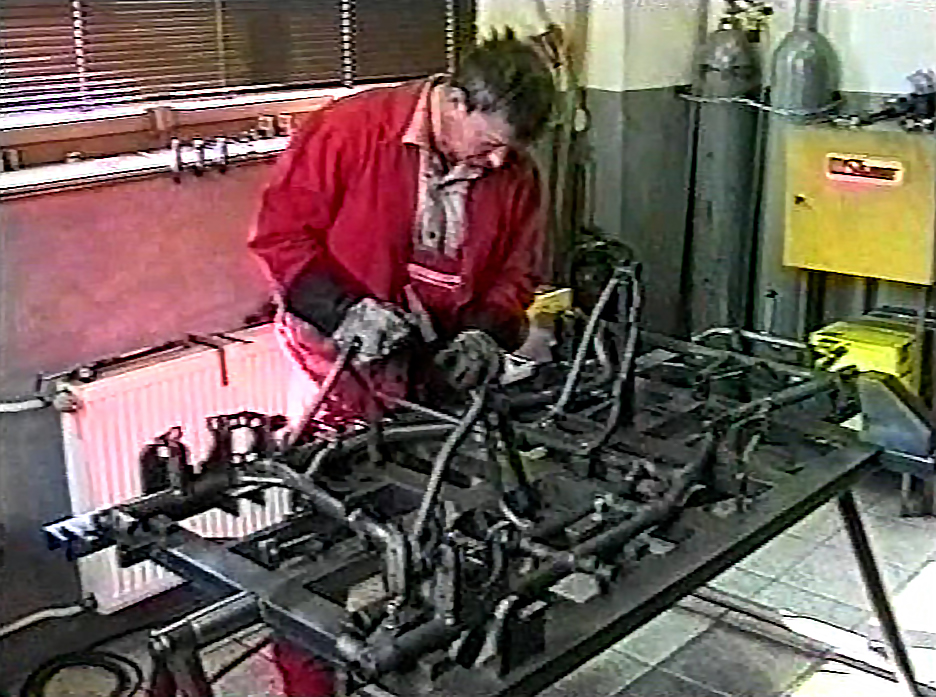 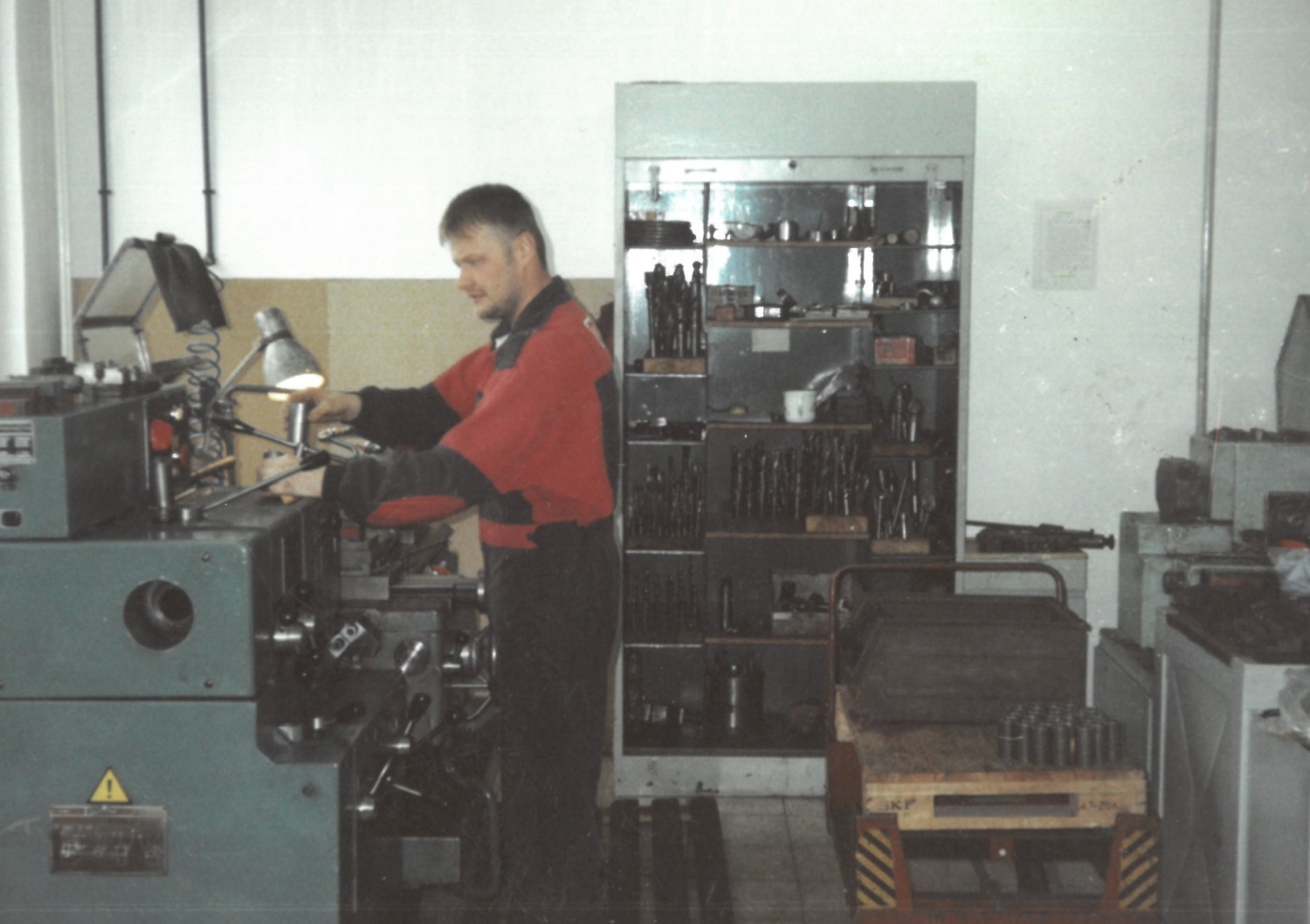 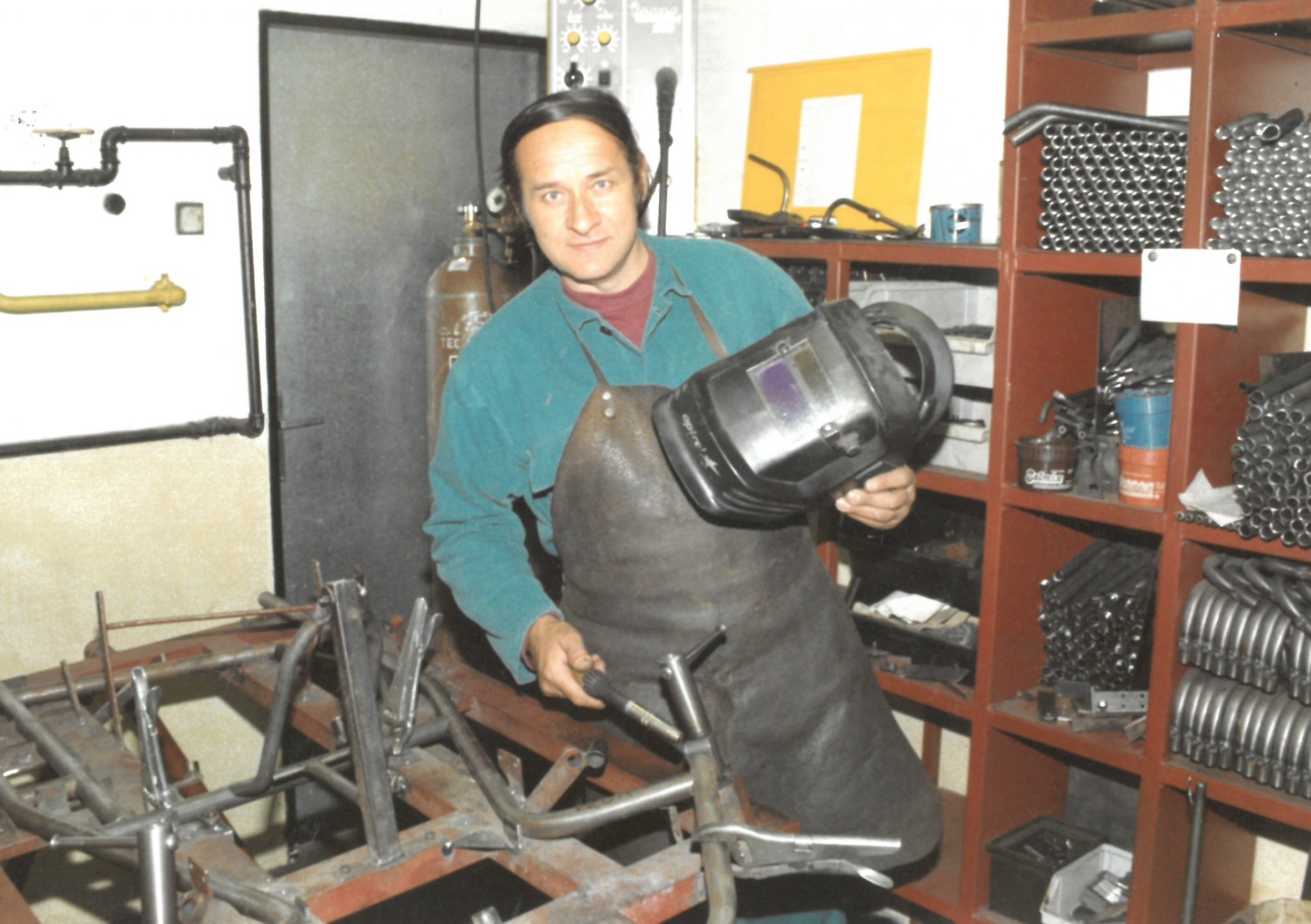 The investment in the acquisition of a large production hall, which would meet not only the character but also the capacity requirements of increasing manufacture, paid off. After the entire  reconstruction, which was completed at the end of 2000, the production of go-karts in Prachatice moved to a new factory, where the company MS KART is based to this day. 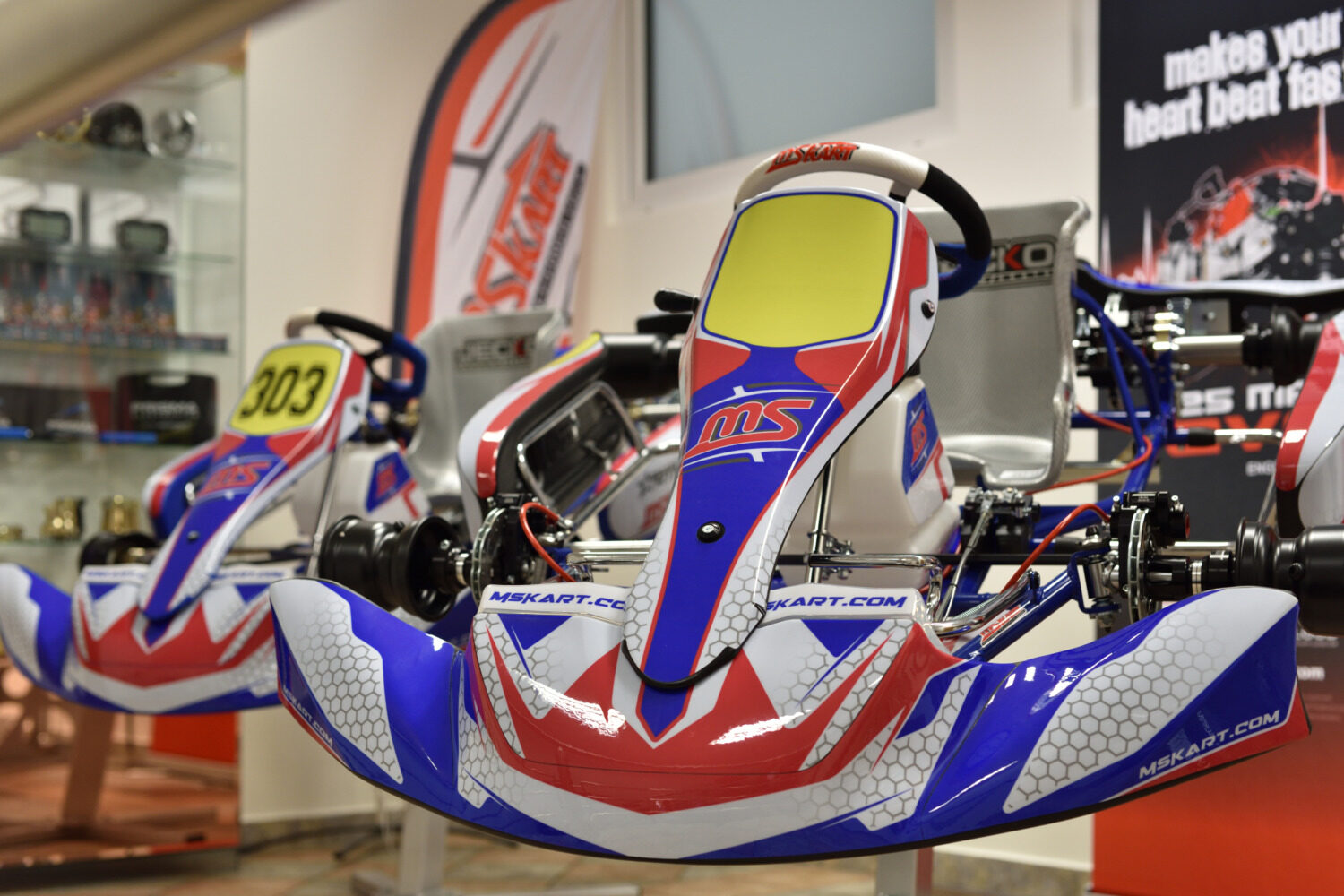 The existing building has sufficiently large production and storage facilities, as well as a modern administrative part. A separate development and racing department is a matter of course.

An integral part of successful growth was not only production but also the company’s business activities and cooperation with major domestic and foreign partners. An important milestone for the trade development was the acquisition of sales representation of several top karting companies such as ROTAX – kart engines, K KART – spare parts and components for karts, HEIDENAU and LE CONT – kart tires, BELL – racing helmets, ČZ – kart chains, KG – bodywork and steering wheels for karts, TM and HONDA – kart engines, MIR – racing overalls, ÖMP – racing clothes and many others. 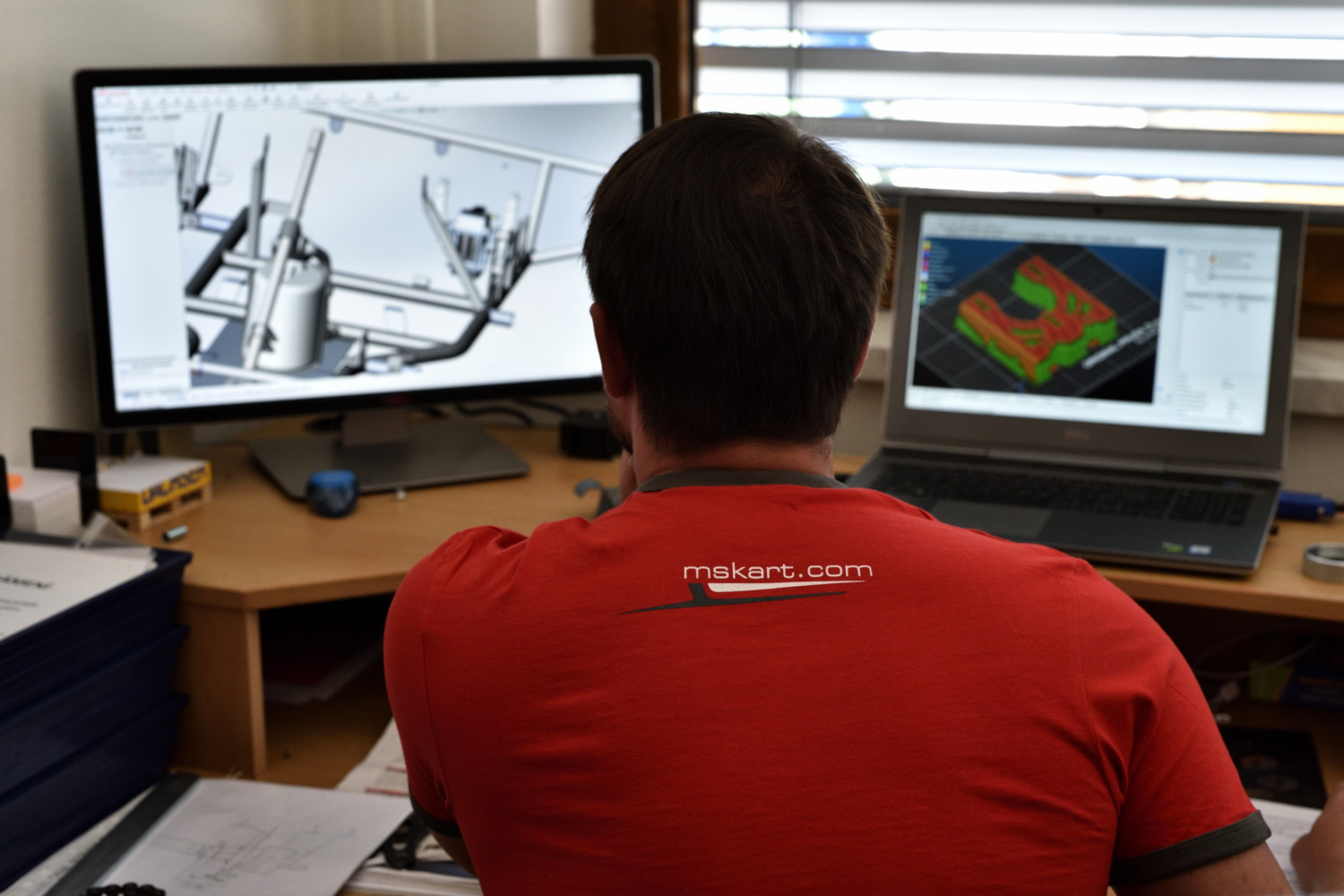 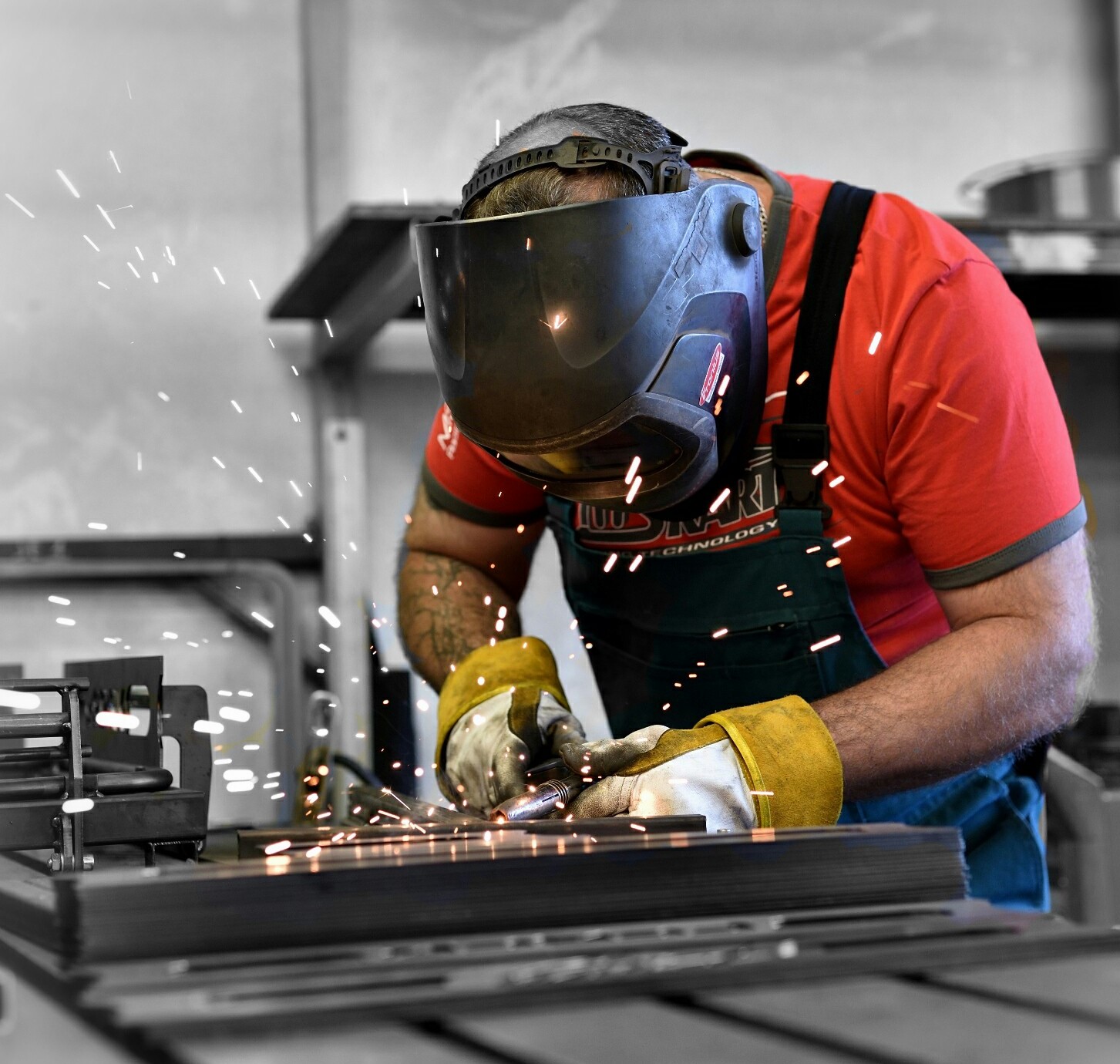 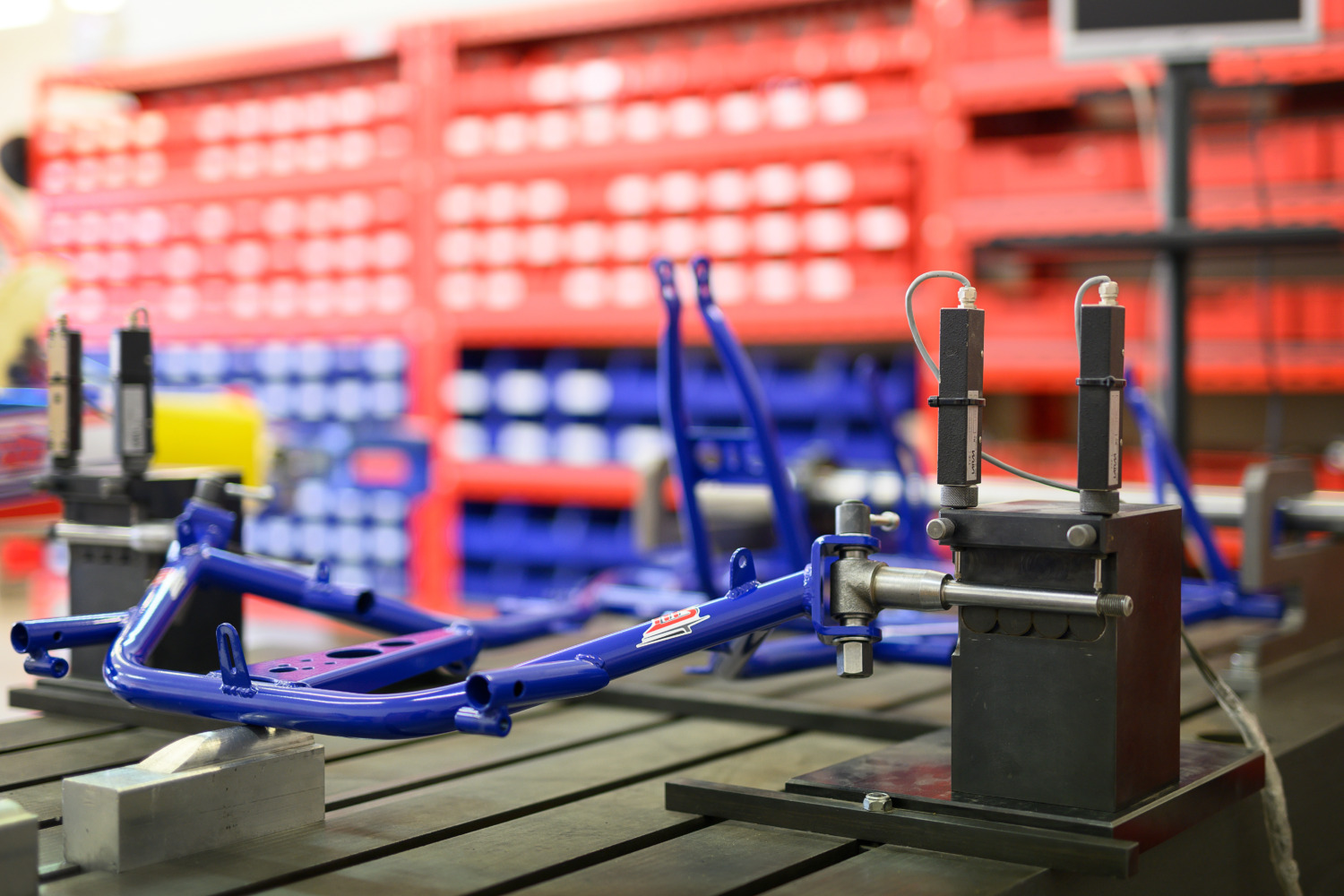 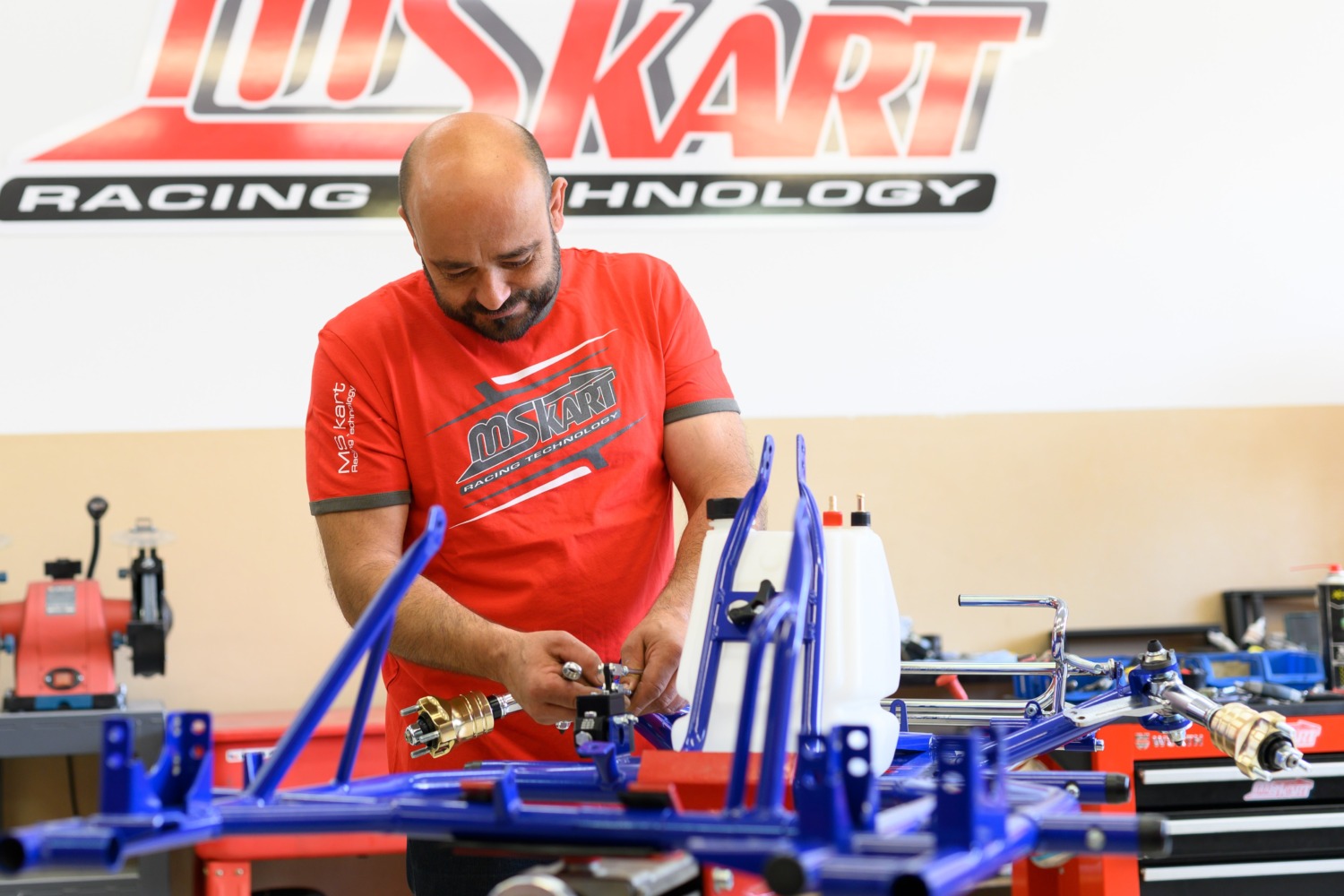 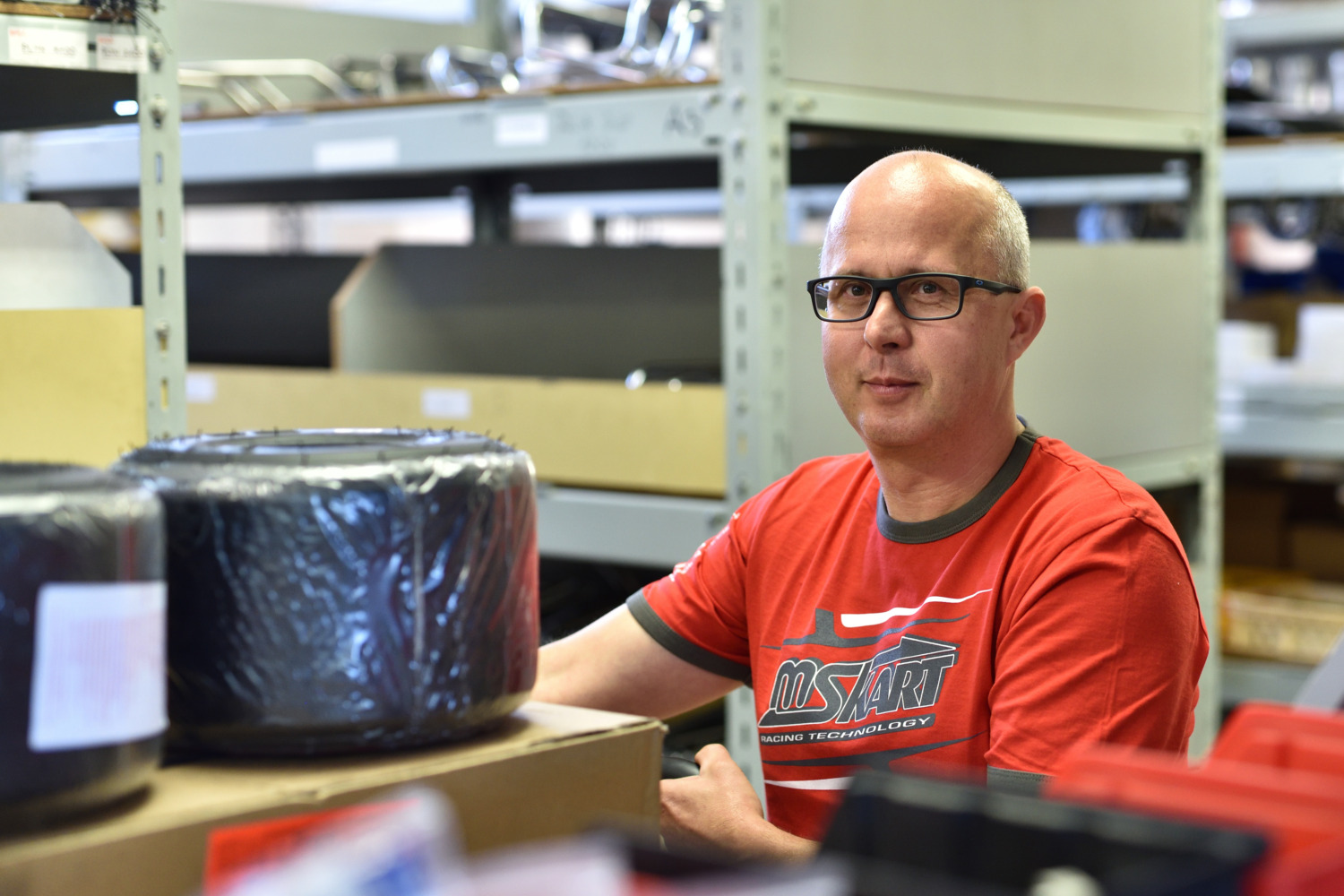 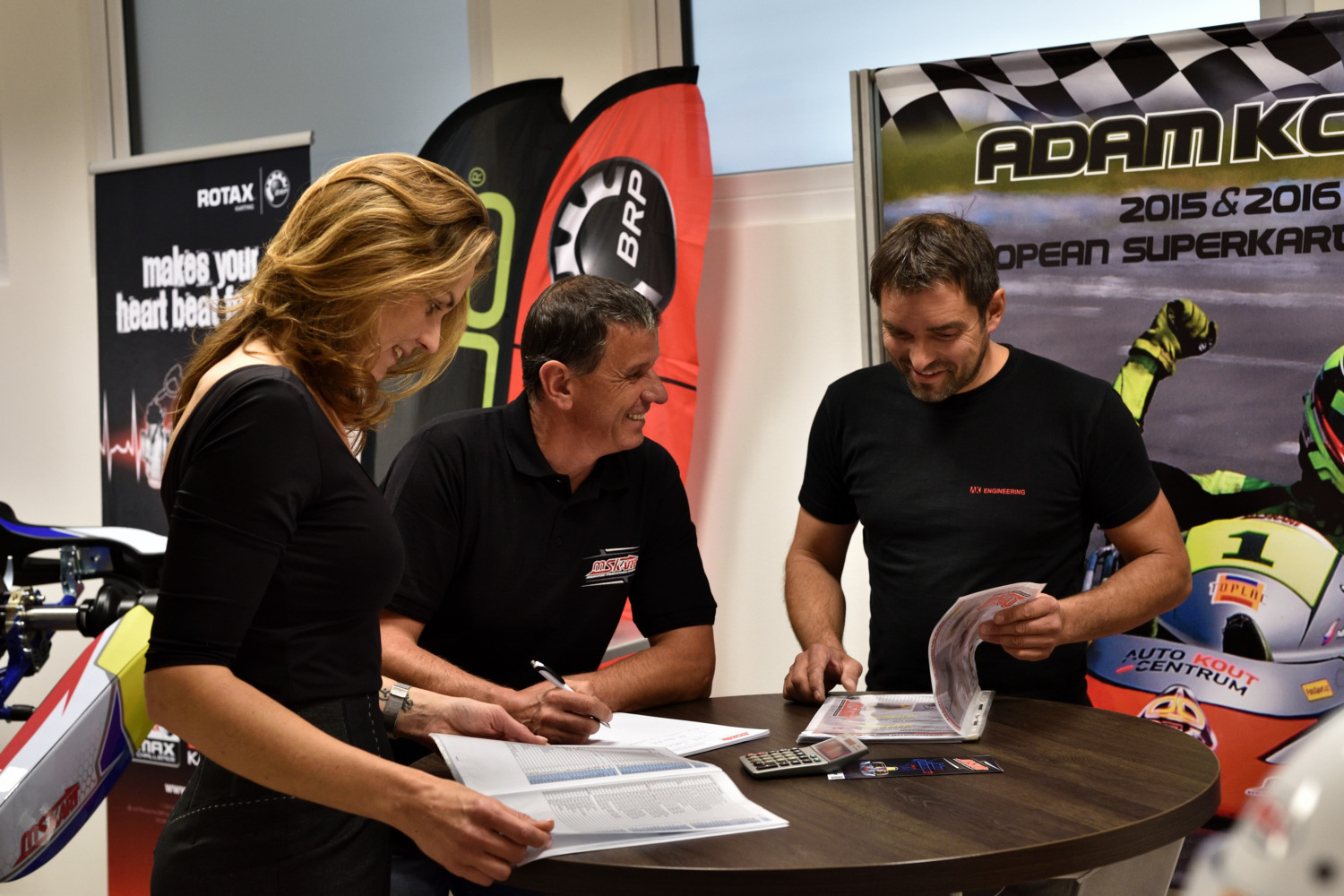